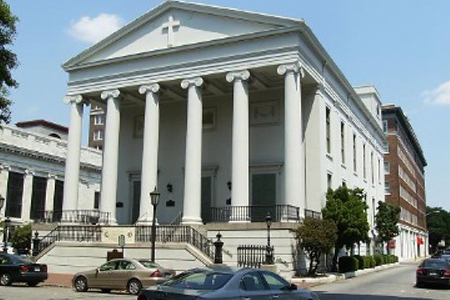 The Georgia Supreme Court ruled 6-1 today in favor of the national Episcopal Church in a property dispute case with the oldest church in Georgia that broke away from the national church after it affirmed its first openly gay bishop.

Savannah Christ Church, founded in 1733 and known as the "Mother Church of Georgia," joined the Episcopal Church in 1823. In 2007, four years after the Episcopal Church USA affirmed Gene Robinson as its first openly gay bishop, 87 percent of the Savannah congregation voted to break off from the national Episcopal Church and instead join an Anglican diocese in Uganda.

The lawsuit was filed by Spencer Legrande, a former member of New Birth’s satellite church in Charlotte, N.C.

“The lawsuit said Long told LeGrande ‘I will be your dad’ and invited the 17-year-old to journey to Kenya with him in July 2005. LeGrande said that Long gave him a sleeping pill on that trip and that the two engaged in sexual acts,” the AP reports.