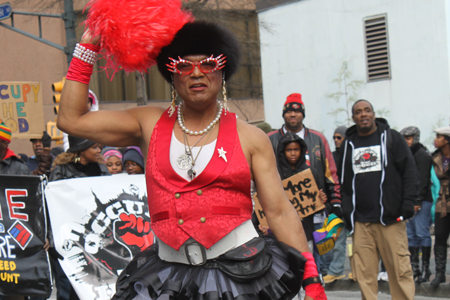 Baton Bob, the self-proclaimed "Ambassador of Mirth" known for wearing tutus and other costumes while twirling a baton on the streets of Atlanta, said he was accosted Wednesday afternoon by a man who called him a "damn faggot."

Baton Bob, 60, also known as Bob Jamerson, created the Baton Bob character 11 years and for the past  several years has been sighted all over Atlanta dancing and strutting in his outrageous costumes with a baton in hand and a whistle hanging around his neck. He has also become a popular sight at neighborhood festivals as well as the Atlanta Pride parade. He recently introduced a new character, Shake-a-Bag Bob who shakes pom poms rather than twirling a baton.