Counterpoint: Save Cheshire Bridge from Alex Wan and the gentrifiers

Recently, we learned of a zoning effort to change the character of Cheshire Bridge by getting rid of restaurants, bars, clubs, and stores that were grandfathered in as part of a 2005 rezoning. Now Mr. Wan wants to go back and get rid of grandpa.

The legal aspects of this do not bode well for Wan nor for the neighborhoods he purportedly represents, as they have proposed an illegal “taking.” 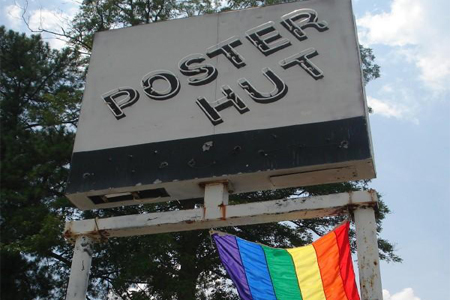 Mike Abbott, owner of Poster Hut on Cheshire Bridge Road, confirmed today the store is closing after being open for 44 years.

"I'm pretty much devastated but I'm trying to do the best that I can," Abbott, who is gay, said this afternoon.

An employee said yesterday the store was closing, but wasn't sure when.

Abbott, 61, bought the iconic Atlanta store four years ago from Gary Goldberg. Goldberg still owns the building the store is located in, Abbott explained, and Goldberg is evicting Abbott for being behind on rent.

"I passed too long on the rent. I was told to get out by tonight, basically, that I had to be out by Dec. 16," Abbott said. "I was given a week's notice."