The Atlanta Police Department will disband its controversial Red Dog Unit in 60 days, Chief George Turner announced at a press conference this morning.

The paramilitary-style unit had come under scrutiny for its supporting role in the 2009 police raid on the Atlanta Eagle, a gay bar on Ponce de Leon Avenue, and recent complaints from two men that Red Dog officers — including two who also took part in the Eagle raid — subjected them to a strip search on a public street in broad daylight.

The Red Dog unit will be replaced by a new elite unit that has yet to be named, Turner said. The new unit will focus chiefly on violent crime, whereas the primary focus of Red Dog was street-level drug activity. Current Red Dog officers will have to apply to be part of the new unit, and will have to meet stringent standards including physical fitness and being free from any sustained complaints against them, Turner said.

The Atlanta Citizen Review Board released today to the public its full investigative report on the raid of the Atlanta Eagle by the Atlanta Police Department.

And on Thursday, the LGBT Advisory Group sent Chief George Turner a letter asking he follow the recommended punishments to the officers and supervisors of the September 2009 raid.

The recommended punishments range from 3-day suspensions, written reprimands and Fourth Amendment training to all the officers involved in the raid to written reprimands and Fourth Amendment training for supervisors of the raid. One supervisor, a sergeant, was recommended for a 30-day suspension without pay for being “untruthful” during the CRB’s investigation. 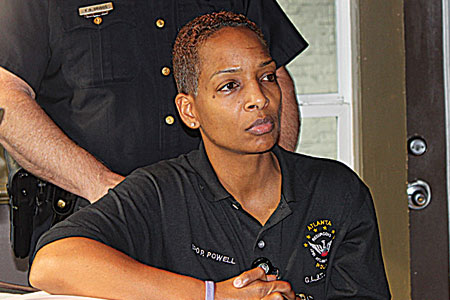 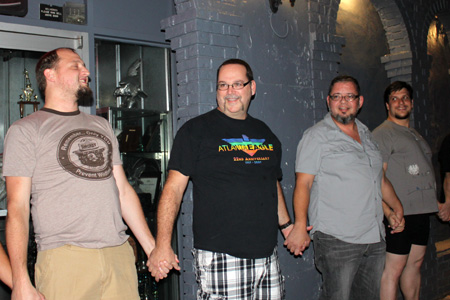 The Atlanta Citizen Review Board met on Sept. 9 to discuss the raid on the Atlanta Eagle a year earlier.