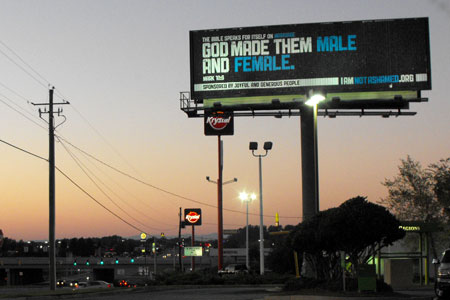 A billboard featuring an anti-gay message went up last month just off Georgia 53 and the Atlanta Highway between Flowery Branch and Gainesville, Ga.

The billboard reads: “The Bible speaks for itself on marriage. God made them male and female – Mark 10:6.”

The billboard goes onto say that it was “sponsored by joyous and generous people.”