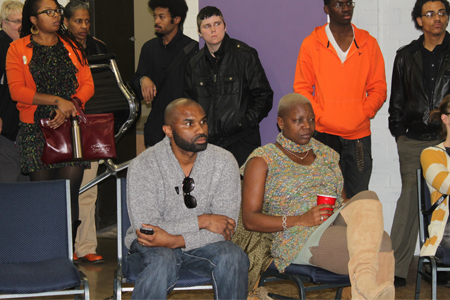 Despite concerns from some LGBT activists about the mental health of the victim of a brutal anti-gay beating in southwest Atlanta, the victim plans to speak at a press conference Wednesday and share his story, according to organizers with the HIV Intervention Project. Black LGBT activists are also organizing a Saturday rally in the Pittsburgh community where the beating took place.

Brandon White, 20, was identified late Tuesday by the Atlanta Police Department as the man beaten in a vicious attacked that was captured on video, posted to hip hop website WorldStarHipHOp.com, and then went viral via The Smoking Gun.