There were cheers outside San Francisco City Hall at 12:24 Pacific time Thursday afternoon as news emerged that U.S. District Court Judge Vaughn Walker had denied a request to delay enforcement of his ruling against Proposition 8. But those cheers were mitigated a few minutes later when details of the judge’s order were revealed: Walker continued to delay enforcement of his decision until August 18, giving the Yes on 8 supporters of the measure ample time to seek a stay from the 9th Circuit or even the U.S. Supreme Court, if necessary. 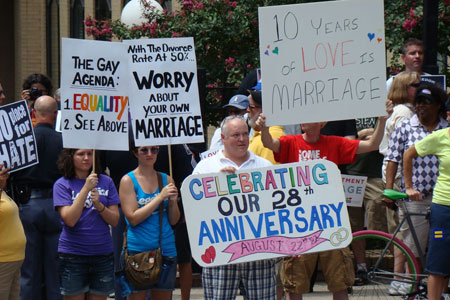 Redefining marriage by allowing gay couples to legally wed amounts to "genocide" and will lead to the "extinction" of the human race, the niece of Rev. Martin Luther King Jr. argued on the steps of the Georgia Capitol today. 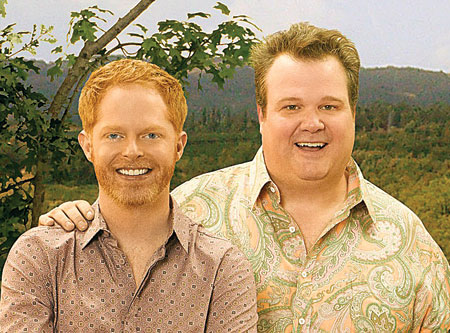 “If you had a daughter or son who was gay, would you not want them to be able to work and support themselves?”

— Memphis, Tenn., City Councilmember Janis Fullilove on why she is sponsoring a measure to add sexual orientation and gender identity to the non-discrimination policy for city workers. Fullilove has received death threats over the measure, which will be discussed by the council on Aug. 10 (Memphis Flyer, July 20; WREG.com, July 28)

‘Summer of Marriage’ tour a bust and a sham

The National Organization for Marriage (NOM) bus tour comes to Atlanta on Saturday, Aug. 7. Let me fill you in on this media-hungry anti-gay marriage group.

Its leadership is Catholic but numerous allegations abound that it is an arm of the Church of Latter Day Saints, which contributed massive amounts of money to the passage of Proposition 8 — the ballot measure that amended California’s constitution to ban same-sex marriage.

Articles in Mother Jones and the Wall Street Journal, among others, have documented this relationship. Founded in 2007, specifically to put Prop. 8 on the ballot in California, NOM has since backed similar measures in Maine, Washington and Iowa. Now the group has taken its show on the road with the “Summer for Marriage Tour.”

Nathan Deal released another commercial today citing Karen Handel’s alleged past support of gay issues. Deal, a former congressman, and Handel, former Secretary of State, face off Aug. 10 in the runoff to see who will be the Republican nominee for Georgia governor.

The commercial, a 30-second spot entitled “Straw,” hit YouTube this morning. Its release coincides with the announcement that former Alaska Gov. Sarah Palin will speak at a Handel campaign rally on Aug. 9 – one day before the runoff.

Paul Schappaugh shouted into the bullhorn, “We’re here, we’re queer and we’re not going anywhere!” to cheers from the crowd of more than 50 people gathered at the corner of 10th Street and Piedmont Avenue this evening.