Open letter to LGBT advisory board

Rabbi Joshua Lesser, who is gay, was among the speakers at today’s televised Martin Luther King Jr. Commemorative Service at Ebenezer Baptist Church.

Lesser is a social justice activist and leader of Congregation Bet Haverim, a gay-founded Reconstructionist synagogue in Atlanta. He may be the first openly gay speaker at the Ebenezer service, according to friend Glen Paul Freedman, also a longtime gay activist in Atlanta.

Atlanta Police LGBT Advisory Board cancels meeting due to snow

The Atlanta Police Department LGBT Advisory Board has canceled its meeting originally scheduled for tonight at 7 p.m. at Atlanta City Hall. 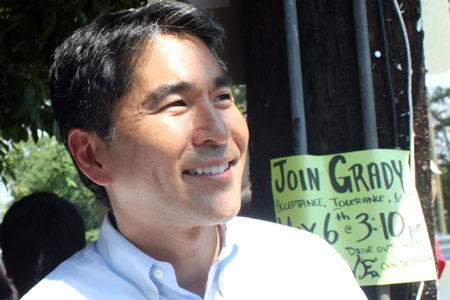 Glen Paul Freedman, Chair of the Atlanta Police Department’s LGBT Advisory Board, said today that Wan’s addition to the Public Safety Committee was a welcome move by the City Council.

“This will be helpful to the members of the LGBT APD Advisory Group and our community to have Alex's voice on this important committee,” Freedman said in a statement released today.