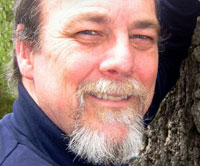 A Georgia drama teacher who was fired last year for showing a scene from the gay-themed film “The Reckoning” to his class is planning a protest in support of a Texas high school student who has tried unsuccessfully to establish a gay/straight alliance at her school.

Nikki Peet of Corpus Christi first approached Flour Bluff school officials in November with the idea of establishing a GSA, only to be told by officials, including school principal James Crenshaw, that such a club would not be approved, according to Corpus Christi NBC affiliate KRIS.

The school has since canceled all extra-curricular activities rather than allow the GSA to form. Calls to the school's principal and public information coordinator went unreturned.