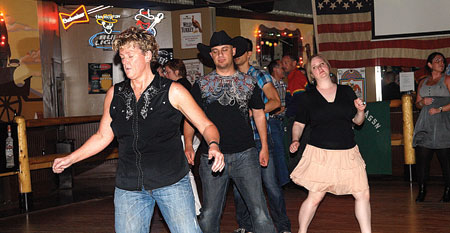 When 3 Legged Cowboy closed on April 30, gay Atlanta fans of country music and two-stepping were left without a nightlife home. This weekend, that changes.

Deana Collins and her partner, Sheila Whitehead, owners of 3 Legged Cowboy, have teamed up with the Heretic to start up country music and dancing nights at the club on Cheshire Bridge Road.

“That was so sweet of them,” Deana Collins says of the owners and management of the Heretic. “They’ve been in the community almost as long as we have. We told them if we’re going to do this we’ve go to do it right.”

Dance the night away

Dance the night away

The Georgia Voice Editors
Uncategorized
May 20, 2011 0

DJs, pimps and hoes, oh my!

Sing and dance the night away