Charis to Gov. Deal: We will not comply with new immigration law 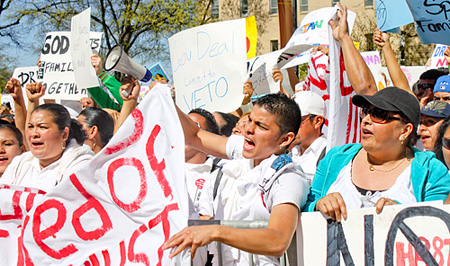 Lesbian-owned Charis Books & More is the first Atlanta business to sign on as a Buy Spot and Sanctuary Zone  to protest Gov. Nathan Deal's recent signing of the controversial immigration bill HB 87.

"We are agreeing to be noncompliant," programming director Elizabeth Anderson told CBS Atlanta on May 16. Deal signed the bill into law on Friday, May 13.

Buy Spots and Sanctuary Zones are being organized by a new group called We Are Georgia that is part of a movement including the Somos Georgia Campaign, the Georgia Latino Human Rights Alliance and the LGBT group Southerners On New Ground.

Conflicting reports on whether or not Gov. Nathan Deal will sign into law the controversial immigration bill passed the General Assembly late into the last day of the session on Thursday are now being reported.

Maria Saporta in a story posted this morning stated Deal was undecided and quoted the governor saying  “that the bill was so jumbled at the end as to what was added and what was taken out. We are going to look at it very carefully.”

The Atlanta-Journal Constitution, however, is reporting that Deal said he is ready to sign HB 87 into law.

He also told the AJC he wanted to review the bill, adding, "but at least the broad parameters of what we know are there appear to be consistent with what we would be agreeable to."

"I have no reason to think I would find something there that would cause me to change my mind," he said. "It is the kind of legislation I promised on the campaign, and the General Assembly has delivered it and I intend to sign it," Deal told the AJC. 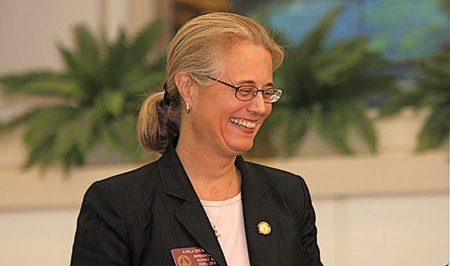 Fiscal matters dominated another legislative session for the Georgia General Assembly as lawmakers struggled to address a number of large issues, leaving most on the table for next year.

The legislature did pass an $18.2 billion budget but didn’t pass a number of measures, including a bill that would provide anti-discrimination protection to gay and transgender state workers.

Rep. Karla Drenner (D-Avondale Estates) collected 70 co-signers for House Bill 630, but introduced it after “Crossover Day” where bills must pass from one chamber to the other. Drenner, the first openly gay state legislator, said they are working on a long-term plan.

Activists protesting an Arizona-style immigration law becoming a reality in Georgia will hand-deliver petitions with some 10,000 signatures to Gov. Nathan Deal on Monday, April 11.

Protesters are planning to meet at the Gold Dome (facing Washington Street) at 9:30 a.m. to hold a mock funeral for “all that Georgia would lose” should Deal sign into law immigration legislation. According to organizers, the mock funeral will feature tombstones with messages such as “R.I.P. Tourism,” “R.I.P. Conventions,” and “R.I.P Southern Hospitality.” They will then deliver the petitions to Gov. Deal, Lieutenant Governor Casey Cagle and House Speaker David Ralston.

Gay organization joins in call for national boycott of Georgia 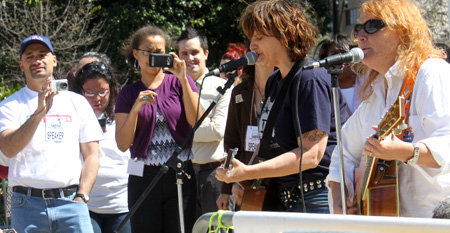 The National Gay & Lesbian Task Force is among a group of national activist groups urging Georgia legislators and Gov. Nathan Deal to not allow immigration bills HB 87 and SB 40 become into law. If the bills do become law, the groups say a national boycott of Georgia will be planned.

In a letter to Gov. Deal, Task Force Executive Director Rea Carey said plans to hold its 25th annual Creating Change Conference in Atlanta Jan. 23-27, 2013, are in the works. However, if the bills become laws, the Task Force will look to another state to host one of the largest LGBT conferences in the country.

“You may ask why an organization that works to ensure full legal equality and social acceptance for lesbian, gay, bisexual and transgender people would take an interest in immigration law and policy,” Carey wrote to Deal in a letter sent to him today.

State Rep. Simone Bell (D-Atlanta), the second openly gay person elected to the Georgia legislature, spoke at today's "Rally for Truth" at the state Capitol and urged lesbian, gay, bisexual and transgender people to join the fight against immigration bills HB 87 and SB 40.

"I am one of two out lesbians who serve in the state House. I stand here today in total solidarity with you," Bell said to a crowd of thousands who oppose the immigration bills because activists say they encourage racial profiling and divide families.

Rally under the Gold Dome

Indigo Girls to appear at ‘Rally for Truth’ at Georgia Capitol 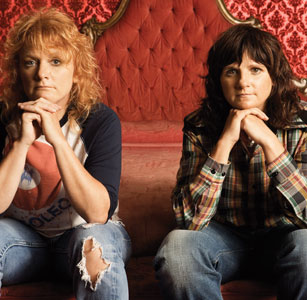 Atlanta’s own Indigo Girls will perform and speak at the “Rally for Truth” this Thursday, March 24, beginning at 10 a.m. at the state Capitol. The rally is being held in opposition to immigration bills being considered by the Georgia legislature.

Lesbian, gay, bisexual and transgender activists are also becoming involved in the fight against the immigration laws, stating LGBT people could be caught in the "crosshairs" of the proposed laws.

Jerry Gonzalez, the openly gay executive director for the Georgia Association of  Latino Elected Officials, said the immigration laws, which some are calling Arizona “copycat” laws, are harmful to people as well as to the state’s economy and he is asking “fellow Georgians [to] take a stand against the fiscally irresponsible and economically unsound legislative initiatives which mirror the Arizona legislative initiative that cause serious division and economic peril in Arizona. 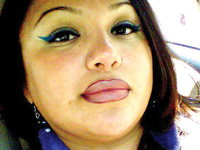 As the close of the Georgia legislative session nears, immigration bills that some LGBT activists call discriminatory are advancing in the House and Senate.

On Monday, March 14, the Georgia Senate passed Senate Bill 40, sponsored by state Sen. Jack Murphy (R-Cumming), which is designed to “enhance the use of the federal E-Verify system and to allow local and state law enforcement officers to help federal authorities identify illegal immigrants in Georgia,” according to a press release from Murphy.

On March 3, lawmakers passed House Bill 87, named the “Illegal Immigration Reform and Enforcement Act of 2011” but called by opponents the “Show Me Your Papers” law. HB 87 is sponsored by state Rep. Matt Ramsey (R-Peachtree City).

Southerners on New Ground will host the second of a two-part town hall forum today to educate and urge LGBT activists to join the fight against anti-immigration laws being considered by the Georgia legislature.

Approximately 30 activists gathered at the Phillip Rush Center March 3 to discuss ways the LGBT and queer communities can come together to fight Arizona copycat anti-immigration legislation in Georgia.

On March 3, the state House passed HB 87, also known as the Illegal Immigration Reform and Enforcement Act of 2011. The vote was 113-56 in a mostly party line vote in the Republican-controlled House. The bill now goes to the Senate.

“Like the groundbreaking law Arizona enacted last year, HB 87 would authorize state and local police to verify the immigration status of certain suspects. A federal judge halted a similar provision in Arizona last year after the Obama administration argued it is pre-empted by federal law. Arizona is appealing that judge’s decision,” reports the Atlanta Journal-Constitution.