Christopher Cain, 18, one of the men accused in the attack of a gay Atlanta man in February was denied bond this morning in Fulton County Superior Court.

Judge T. Jackson Bedford denied bond for Cain, saying Cain was a danger to the community. It was also noted that Cain was on five-year probation before the Feb. 4 attack on Brandon White for burglary. Cain was arrested Feb. 11 and charged with aggravated assault and robbery. Three others have also been charged in the assault. 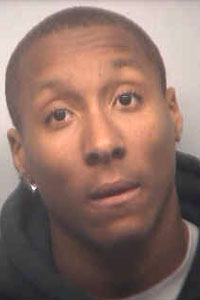 Police have arrested one suspect in the anti-gay beating in Atlanta's Pittsburgh community that was videotaped and posted online, with two more suspects identified. Christopher Cain is charged with aggravated assault and robbery.

The full statement from the Atlanta Police Department issued this morning:

The Atlanta Police Department's Fugitive Unit, with assistance from APD Zone 6 Mobile Patrol, has arrested one of the suspects in the videotaped beating of 20-year-old Brandon White in southwest Atlanta last Saturday. Christopher Cain, B/M, 7/21/93, was taken into custody without incident around midnight in the DeKalb County portion of the City of Atlanta. He was charged with aggravated assault and robbery and transported to the Fulton County Jail. No further details of his apprehension will be released. With the assistance of tips received through Crime Stoppers Atlanta, police have also identified two other suspects, currently wanted for aggravated assault and armed robbery. At this time, their identifications are being withheld. The APD will continue to work with partner agencies, including the U.S. Attorney's Office, the FBI and the Fulton County District Attorney's Office, to bring all of the perpetrators to justice. No further information will be released at this time due to the pending investigation.