[Video] Rest assured, Michele Bachmann, don’t let the door hit you on the way out 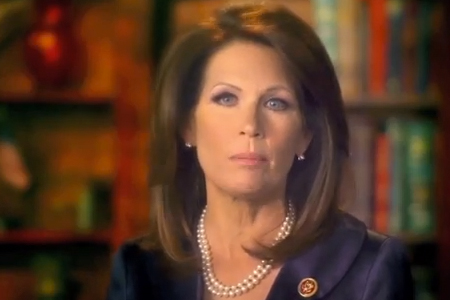 U.S. Rep. Michele Bachmann (R-Minnesota) and former presidential candidate is throwing in the towel by announcing via YouTube she is not seeking reelection next year. Watch the video of her announcement by clicking here.

She will spend the remaining 18 months of her term working 100-hour weeks and uphold family values, she stresses. And of course, who can forget all the hard work she's done to call out Muslim terrorists?

Call it a break. Call it time apart. Whatever you want to call it, gay blog Queerty is back.

The popular gay blog that used snarky commentary and featured plenty of mostly naked boys, announced back in April that it was shutting down. Yes, it's really back. Go check it out. I'll wait.

The site's owner, David Hauslaib, sold Queerty to GayCities, an LGBT resource company based in San Francisco, according to an article on the site. GayCities says that many of the original staff, as well as some new faces, including my former co-worker Dan Renzi, are hopping onboard the new incarnation.

Reaction to the initial shuttering was far from mixed. Most of our readers and commenters online felt that Queerty regularly crossed the line in their coverage of closeted celebrities and the tone of the content was unnecessarily “snarky.”

You know you've done something right if you get Christian televangelist Pat Robertson in a tizzy. Last night on the Christian Broadcast Network's “The 700 Club,” Robertson blasted the recent decision by law firm King & Spalding to not represent the United States House of Representatives in the ongoing legal battles over the Defense of Marriage Act.

Robertson encouraged his viewers who do business with the law firm to have a “long re-examination of your association.”

“It is a law that corresponds to the belief of the majority of the American people,” Robertson said. I guess he hasn't seen new polling data that suggests otherwise.

Anyway, check out a clip below for the crazy (courtesy of RightWingWatch.org): 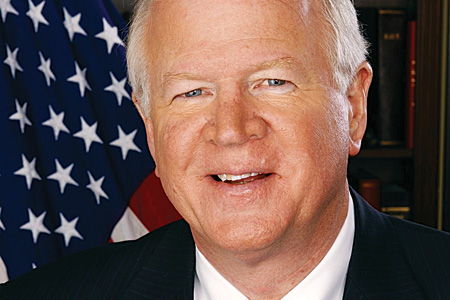 Senator Saxby Chambliss (Ga.-R) announced today that his office has removed a staffer over a malicious blog comment posted on gay-oriented blog Joe.My.God.

The Senator released a statement condemning the post while saying he called Joe Jarvis, operator of the blog, to personally apologize.

"I have called Mr. Jervis, the blog’s author, and apologized to him personally, and I am sorry for the hurt this incident has caused," the statement read. "Regardless of one’s position on issues and policies, such comments are simply unacceptable, are not befitting those who work in the U.S. Senate, and I will not tolerate them from my staff." 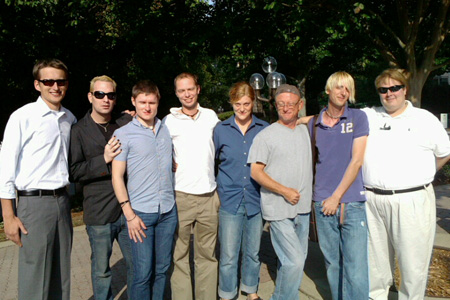 The Queer Justice League met with the staff of Senator Saxby Chambliss (R-GA) this afternoon to deliver a letter in response to a malicious comment posted on the gay-oriented blog Joe.My.God. The post came moments after the U.S. Senate failed to move forward on a defense bill that included repeal language for “Don’t Ask, Don’t Tell.”

The commenter, who identified himself as “Jimmy,” wrote “All faggots must die” shortly after the vote.

Some 10 members of the QJL met at 4 p.m. at the senator’s offices, located off Galleria Parkway in Cobb County, to deliver the letter. They met with Camila Knowles, State Director and General Counsel for Chambliss and called the meeting “cordial.”

The Queer Justice League will respond tomorrow to a blog comment allegedly left by a member of Georgia Sen. Saxby Chambliss’ staff on the gay blog Joe.My.God. by delivering a letter to the senator calling for a public apology as well as for his staff to undergo “sensitivity training.”

The group will deliver the letter to Chambliss’ Atlanta office at 4 p.m. The group initially requested a meeting with the senator, but Chambliss will be in Washington, D.C. according to the QJL.

The Queer Justice League will deliver a letter of reprimand to Sen. Chambliss today

The Queer Justice League will host a meeting Monday, Sept. 27, to discuss how best to respond to a comment allegedly left on gay blog Joe.My.God. by a staff member in the office of Sen. Saxby Chambliss (R-Ga.) in the aftermath of the senate's vote on the 2011 Defense Authorization bill.

The comment read “All faggots must die” and came from Chambliss’ Atlanta office. It was signed by “Jimmy.”

Sen. Saxby Chambliss (R-Ga.) admitted yesterday that a malicious and threatening comment left on gay blog Joe.My.God came from within his Atlanta office.

Georgia Equality sent a message to its supporters via Facebook asking them to “remind” Sen. Chambliss that he represents all Georgians.

The Georgia Voice Editors
Politics
September 22, 2010 0
Jim Galloway, who writes the Political Insider column for the Atlanta Journal-Constitution, reports that Sen. Saxby Chambliss is investigating if...