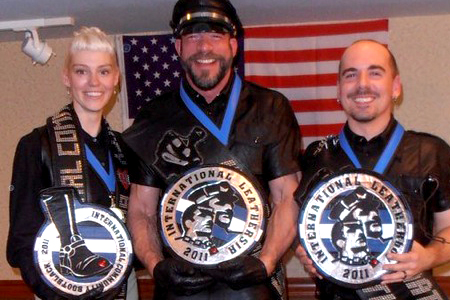 Alan Penrod, former Mr. Atlanta Eagle, and Pup Nitro return from San Francisco this week as International LeatherSIR and Leatherboy titleholders after sweeping the competition during the annual event July 28-30.

Representing the Southeast, LeatherSIR Alan and Leatherboy Pup Nitro (who was "collared" by Sir Alan after he moved to Atlanta about five years ago) beat out competitors from across the U.S. and Canada to take home the international titles.