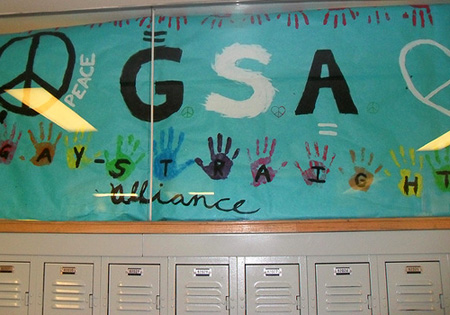 Today is National Gay-Straight Alliance Day, a day meant to recognize the work gay-straight alliances do in schools across the country to combat bullying, homophobia and transphobia.

Thousands of students now attend colleges and high schools which have gay-straight alliance groups. These groups have become more prominent in recent years, and many have formed in response to instances of bullying or LGBT youth suicide.

LGBT students who attend schools with a GSA are much less likely to suffer bullying or hate speech than LGBT students who do not, according to the Gay, Lesbian & Straight Education Network (GLSEN).