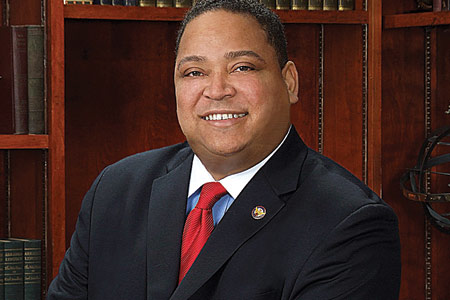 The Atlanta City Council voted this week to officially apologize to the plaintiffs of the Atlanta Eagle federal lawsuit that was settled by the city for $1.025 million last month.

During the Jan. 3 meeting, the council voted 14-0 to apologize to the plaintiffs for the illegal raid on the gay bar, during which police searched and ran background checks on all patrons. Mayor Kasim Reed also issued an apology to the plaintiffs last month.

The apology, proposed by Councilmember Michael Julian Bond, reads, in part, “Whereas, the City of Atlanta is a mosaic of ethnicities, races, religions and sexual orientations … and Whereas, it is imperative that all members of Atlanta’s varied communities — be they African American, Hispanic, Asian, LGBT, youth or senior citizens — feel their freedoms are respected, now therefore, the City Council of the City of Atlanta hereby resolves and offers an apology to the plaintiffs named in the civil action styled Calhoun, et. al. v. Pennington, et. al.”

Bond, who had offered to apologize to all people impacted by the raid last year, said this week he wanted to follow through with an apology to the plaintiffs because of the “egregious nature of the raid.”