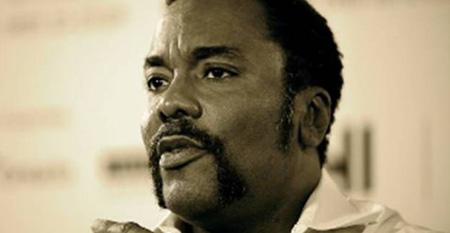 The Atlanta chapter of the Human Rights Campaign announced today that director and producer Lee Daniels has joined the speaking line-up for this year's Atlanta Gala Dinner on May 14.

Daniels, who directed Precious: Based on the Novel Push by Sapphire, will join Academy Award-winning actress Mo'Nique, who will receive the organization's Ally for Equality Award at the dinner. Mo'Nique won the Academy Award for Best Supporting Actress for her work in Precious.

Daniels' background is filled with bold stories as real and gritty as the narratives from the films he creates. By the age of 21, Daniels had founded and was running his own health care agency, providing nurses to private homes and hospitals; he was simultaneously trying to be a screenwriter. After selling his health care business and giving up screenwriting, Daniels began managing actors such as Loretta Divine, Michael Shannon, Natasha Kinsky, and Aishwarya Rai. He turned to producing as a natural result of trying to find and create great material for his clients; the organic leap to directing came soon after. Daniels received the HRC National Visibility Award this past October at the HRC National Dinner in Washington, DC.

The director of an Atlanta HIV agency and an activist who fought to overturn "Don't Ask, Don't Tell" will be honored at this year's Human Rights Campaign Atlanta Gala Dinner, set for May 14.

In December, Cleghorn was one of at least four Atlantans invited to the White House to see President Barack Obama sign legislation that will repeal "Don't Ask, Don't Tell."

According to the HRC:

The Ally for Equality Award recognizes the outstanding efforts of those who dedicate time, energy and a whole-hearted commitment to better the lives of LGBT people. This award is given to allies outside the LGBT community who stand up on behalf of equality for all Americans. Recipients have shown a commitment to making America a place where LGBT people can be open, honest and safe at home, at work, in the community and in the media. The awards presented at the Human Rights Campaign gala dinners are the highest honor the organization bestows in the area of achieving equality for LGBT people.

Mo’Nique, a former Queen of Comedy, shot to national prominence last year after her portrayal of the abusive mother in "Precious: Based on the novel Push by Sapphire."