PFLAG Atlanta invites you to be ‘Out in the Garden’ 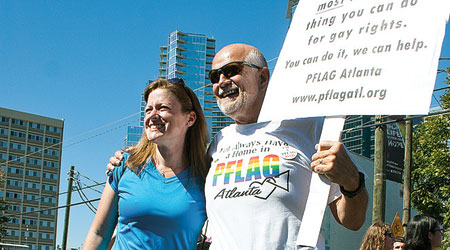 When Conal Charles, 32, decided in 2009 to come out to his parents, he sought help from PFLAG Atlanta. Today, he’s the co-president of the organization that works to “support, educate and advocate” for LGBT people, their families and loved ones.

“I found out about PFLAG Atlanta on the web,” he says. “I was looking for ways to help come out to my parents. I was born and raised in India and my parents live in India. I ended up writing a very long email to them and then my mom called and we talked. And they are visiting me next month to go to their first PFLAG meeting.”

Charles said the help and support he received from the local chapter of PFLAG — a national organization with more than 500 chapters across the U.S. — prompted him to become actively involved. Most members are also giving back because of the help they received. 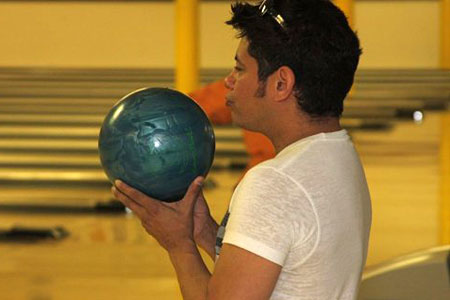 The HRC Atlanta Steering Committee is gearing up for a busy season, with its popular Bowling for Equality set for Feb. 26 and ticket sales underway for the signature Atlanta HRC Dinner in May.

The Atlanta Steering Committee is the local affiliate of the Human Rights Campaign, the nation’s largest gay rights group. The 11th annual Bowling for Equality features bowling in “waves” from 1:30-4:30 p.m. and 5-8 p.m. DJ Shane V will spin.

“The bowling event is first and foremost a fun event for every bowling level. We call it a tournament and certainly some teams get competitive with each other, but the majority of people to have a good time and support the work of HRC,” says Ed Patterson, spokesperson for the Atlanta Steering Committee.

Queer youth in Cobb County are proclaiming their identities proudly and ready to show off on the dance floor with the first “Gaybie Hawkins Dance” — a way for LGBT teens from outside Atlanta to gather with others who are like them.

Planned for Feb. 18 and organized by the Metro Atlanta Queer & Allied Teens (MAQAT), the dance — a gay take on traditional Sadie Hawkins Dances — aims to become an annual party held near Valentine’s Day.

Being open about your sexual orientation and gender identity in the very socially conservative Cobb County (home of Newt Gingrich) is not easy, but is something queer teens want desperately to be able to do. 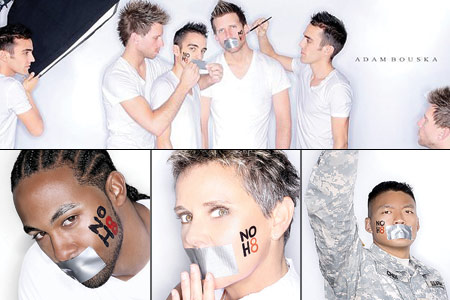 The photography campaign that has spawned nearly 6,000 photos of celebrities and every day people with duct tape across their mouths and “NOH8” painted on their faces began two years ago in an L.A. apartment at about 3 a.m.

Photographer Adam Bouska and his partner, Jeff Parshley, were devastated when California voters approved Prop 8, a state constitutional amendment banning gay marriage, in the November 2008 election. The two men felt silenced in their home state and wanted to do something to protest Prop 8.

“It was natural we come up with a plan to use photographs … this was on everyone’s mind and we were looking for ways to get involved,” Bouska said in an interview from his L.A. home as he prepares for a Jan. 16 NOH8 photo shoot in Atlanta. 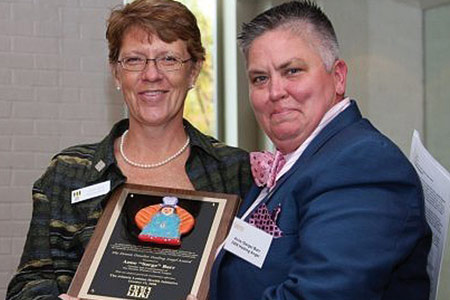 The Decatur Women’s Sports League first began in March 2007. With softball as the initial sport, 200 happy lesbians (and allies) finally found a league of their own. From that point on, the sports interest grew and additions were made that included bowling, basketball, tennis, volleyball and badminton.

“With much diversity and a cooperative spirit these women all played recreation ball, made friends, got exercise and donated money to the Atlanta Lesbian Health Initiative to help underinsured women to go to the doctor and receive mammograms and health care,” says Anne “Sarge” Barr, founder and commissioner of the league.

The Atlanta Lesbian Health Initiative honored Barr with its 2008 “Healing Angel” award for her work with the sports league and the money it has raised. As of Fall 2010, the Decatur Women’s Sports League has donated $50,000 to the health initiative.