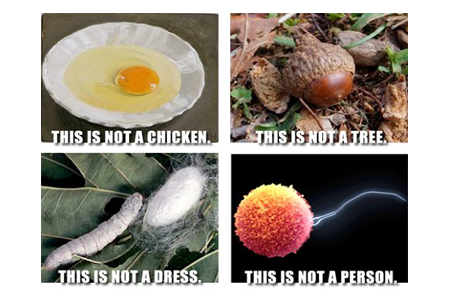 The "personhood" movement is coming to Georgia and is, no surprise, being led by a Georgia state lawmaker who is also anti-gay.

Jim Galloway of the AJC is reporting that there are plans for two state lawmakers to introduce a "personhood" resolution, part of a national movement that states life begins at fertilization.

And who would be one of the lawmakers wanting to introduce the legislation? Galloway points out that one sponsor is Democrat Rick Crawford of Cedartown. Just so happens Crawford, who took office in 2007, is also a political science teacher at Shorter University. Yes, that Shorter University that recently mandated its employees sign a "Personality Lifestyle Statement" which includes this gem: