• Individual donations make up a smaller percentage of budgets than you might think in a community as large as ours, coming in far below 50 percent for every organization except Savannah Pride (which has a small budget of only $50,000) and the StandUp Foundation (which benefited from a major anonymous donor in 2012).

Since 1998, Positive Impact has received state funding for its HIV and AIDS programs. This year, the agency asked for $181,629 but was awarded nothing in its bid for a contract for testing and community mobilization efforts to stop the spread of HIV.

Positive Impact provides culturally competent mental health and other services to gay and bisexual men and others affected by HIV, including prevention programs. Leaders are at a loss as to why the state decided they deserved no money this year.

"We were really shocked that they listed as our scores not being competitive enough because that's very unlike our agency," said Danny Sprouse, prevention director of Positive Impact, in an interview at the organization's offices in Midtown. "When we looked at our scores further, I was further appalled." 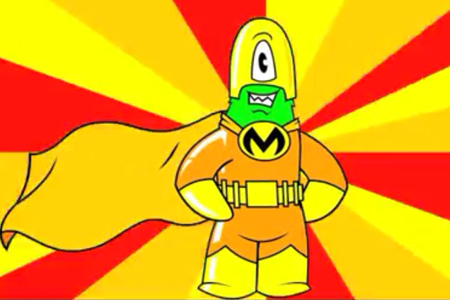 Richard Marshall wants everyone to know how to protect their "one-eyed monster" and believes if he can raise $1,750 he can create animated shorts (way different than boxer shorts) that deliver safer sex messages in an informative and fun way.

With two animated shorts under his belt, Marshall still has more than $1,000 to raise in the next few days to fund his Indiegogo project to bring his local favorite "Protect Your Monster" cartoon to the YouTube screen.

"Protect Your Monster" is cartoon starring a furry green one-eyed creature who likes to give advice about playing safe. Marshall also draws a furry, purple character that represents, well, you know.

Get ready to ‘Party with [Positive] Impact’ April 26 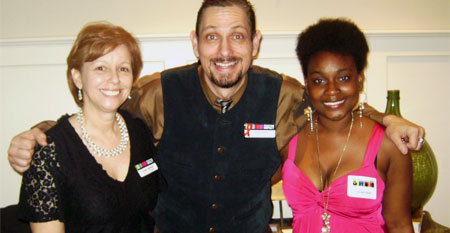 Heavy hors d'oeuvres, wine and fabulous fundraising are on the menu for this year's "Party with Impact," a benefit for the Atlanta HIV/AIDS services organization Positive Impact.

The cocktail party, this year hosted on April 26 at the historic Wimbish House on Peachtree Street, is the annual signature fundraiser for the organization.

Get ready to ‘Party with [Positive] Impact’ 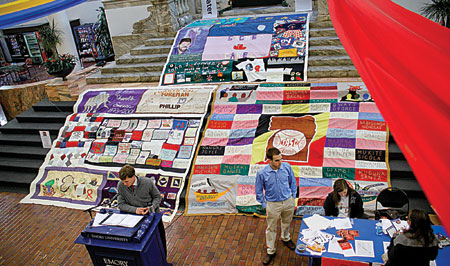 Since 1988 when World AIDS Day was conceived by the World Health Organization, people around the globe have made Dec. 1 a time to raise awareness about the pandemic that has taken the lives of more than 617,000 people in the U.S. and 30 million worldwide since its beginnings 30 years ago.

In Atlanta and Georgia, numerous events are planned including free HIV testing by AIDS service organizations and health departments. This year’s theme is “Getting to Zero” — zero new infections, zero AIDS cases and zero stigma.

But remembering AIDS for one day out of the year is not enough, said Michael Baker, director of development for Positive Impact in Atlanta, an organization that focuses on culturally competent mental health counseling, substance abuse treatment and risk reduction services to those who are affected by HIV. 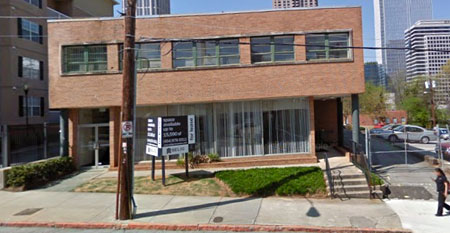 Positive Impact, a local nonprofit that offers mental health and other services to those affected by HIV and AIDS, announced today that it will move its offices from its longtime home on Ralph McGill Boulevard to 60 11th St., between Peachtree and West Peachtree streets.

Positive Impact has been in its current location since 2003. The new location will officially open on Oct. 3, according to a press release issued by the organization.

“This new location will enable the agency to provide its specialized programs to a larger and more diverse group of clients, while also maintaining the level of service to our current clients given the additional convenience afforded by easier parking and access to the Tenth Street MARTA Station,” Executive Director Paul Plate noted in a press release.

Michael Baker, director of advancement for Positive Impact, added that all of the services currently offered by the nonprofit will continue once the move to its new home is complete. 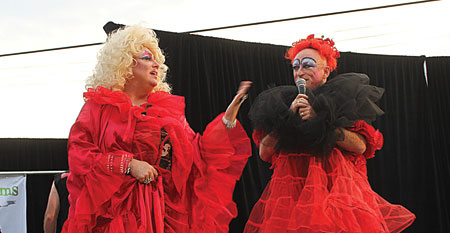 While possums are considered nocturnal creatures and prefer hiding in trees and scurrying under your porch looking for scraps to eat, the East Point Possums like to strut their stuff for all to see on a stage under the setting sun — and they have no fear of anyone taking a broom to try to swat them out of their yard.
At least we don’t think so.

For 14 years, the three men who now make up the East Point Possums — Rick Westbrook (a.k.a. Shennita Lott), John Jeffrey (a.k.a. Prissy Cilla) and Chesley Thurman (a.k.a. Dina Daintymouth) — have been performing what they readily call “good work through bad drag.”

But what has become one of the largest drag shows in the Southeast first began on July 4, 1998, in the backyard of a resident of East Point, Ga., located just outside Atlanta.

Celebrate the work of Positive Impact