Fall in love with movies at Out on Film 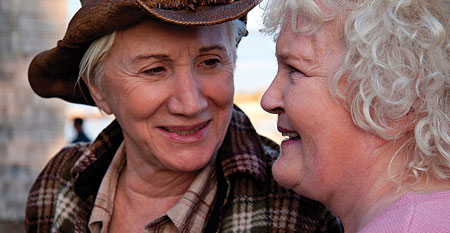 Out on Film continues tonight 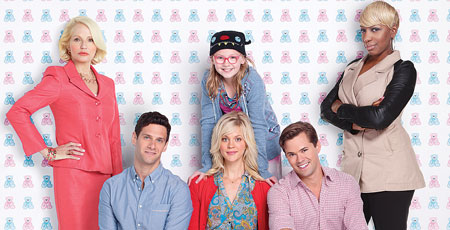 It’s been 14 years since NBC launched “Will & Grace,” heralded as the first successful network sitcom to debut with an openly gay lead character. The title of NBC’s new gay-themed sitcom sums up the progress since then — in the world of entertainment, gay is now “The New Normal.”

The show, which debuted Sept. 11 and will air at 9:30 p.m. on Tuesdays, is about a gay couple who hires a surrogate to have a baby. Openly gay Andrew Rannells and Ellen Barkin head the cast, which also features “Real Housewives of Atlanta” star NeNe Leaks.

“The New Normal” was created by openly gay Ryan Murphy of “Glee” fame. It’s based on Murphy’s desire to have a child with his own partner. 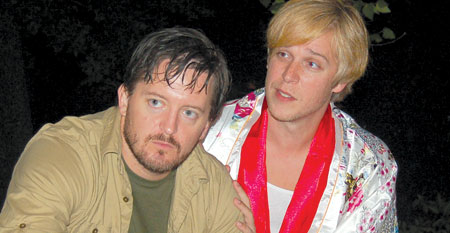 In choosing the opening show of Actor’s Express’ 25th anniversary season, Freddie Ashley knew he wanted a production that would register, a large scale show with “some heft.” He has chosen the gay-themed musical “Kiss of the Spider Woman,” opening Aug. 22.

Manuel Puig’s 1976 novel is about two cellmates in a Buenos Aires prison: Luis Molina and Valentín Arregui, who are polar opposites. Valentin is a revolutionary trying to overthrow the government, while Molina is openly gay and effeminate, in jail for sexual relations with a minor.

The novel was turned into a 1983 play, then a 1985 film which won William Hurt a Best Actor Oscar as Molina.

With a book by Terrence McNally and music and lyrics by John Kander and Fred Ebb (“Cabaret,” “Chicago”), a musical version of “Spider Woman” opened on Broadway in 1993 and won a slew of Tony Awards, including one for gay icon Chita Rivera, who starred as the infamous titular character.

There are at least eight openly gay candidates running for seats in the Georgia General Assembly — four incumbents and five hopefuls.

Only Georgia’s first openly gay state legislator, state Rep. Karla Drenner, is unopposed, guaranteeing that there will be one out gay voice under the Gold Dome when the new legislative session starts in January.

Read about gay candidates on the ballot this election day 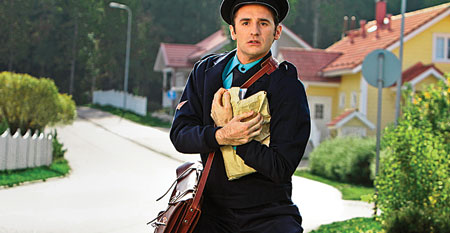 A number of LGBT movies, including two screwball farces and an acclaimed documentary about a bisexual author, highlight the annual Atlanta Jewish Film Festival, which kicks off next week.