Out in the military: One year without ‘Don’t Ask, Don’t Tell’ 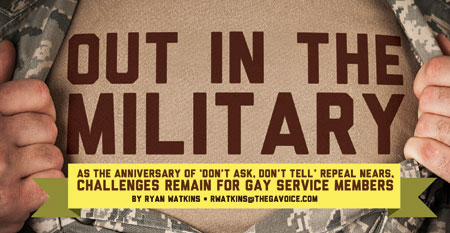 On Sept. 20, the United States military will mark the one-year anniversary of the official repeal of “Don’t Ask, Don’t Tell,” the 1993 law that barred gays and lesbians from openly serving in the armed services. As the milestone nears, gay military members are thrilled to be able to be out, but note that inequities remain.

“During DADT, I did not ever hang out with other gays or even act on doing anything in fear of being caught so I waited until it was repealed to come out,” said Joshua Gravett, a gay Georgia native and sergeant in the U.S. Army currently stationed in Afghanistan.

Before repeal, Gravett — who enlisted at age 17 — planned to leave the Army. Now, he is considering completing the 20-year military career that would allow him to retire from the service at age 37.

Sept. 20 marks the end of an era for gay men and lesbians in the U.S. military, and the non-profit Servicemembers Legal Defense Network is trying to prepare gay active duty service members for the historic change.

Since 1993, the military’s “Don’t Ask, Don’t Tell” policy has banned gay Americans from serving openly in the armed services. The policy will officially end Sept. 20, the day a 60-day review period will have ticked away following certification of military readiness to implement repeal.

Not surprisingly, some organizations, including SLDN, plan to celebrate the end of the 18-year-old ban. Two such events — a Retreat Ceremony on Sept. 19 and Repeal Day Celebration on Sept. 20 — are scheduled for Atlanta. 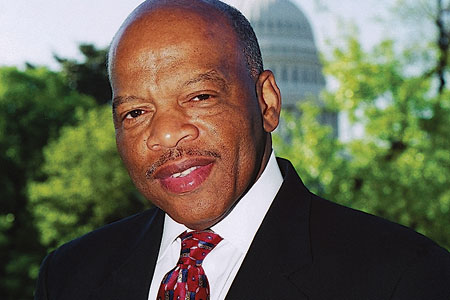