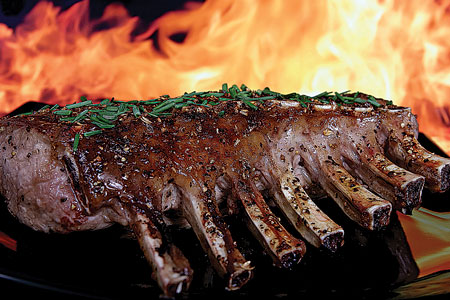 I’ll admit that I’m no BBQ OCD like some critics who rock back and forth muttering descriptions like char and bark. As a child in the Atlanta ‘burbs, I only knew the Old Hickory House, which we rarely went to at night since my mother didn’t eat barbecue in public because it was messy and would get her burgundy manicured nails dirty. Their barbecue beef omelet is still really good.

Today Atlanta has a ton of crave-worthy barbecue joints that embrace the imaginative, yet don’t lose sight of Southern traditions. At many, the sides can be as good and as creative as the meats.

Cool meals for Hotlanta, whether dining in or out

This is why we call our city Hotlanta. Summer just officially started, but it’s already sweltering. I meant to go to the gym yesterday but my brain said, “Tread mill, or margaritas and guacamole?” It can be exhausting at the end of a long hot summer day to decide what to eat, so here are some ideas for restaurants and fast and easy dishes to make at home.

One of my favorite summer restaurants is Joe’s on Juniper. I’ve been going to Joe’s for years and they really support our community. When the sun sets you’ll find plenty of LGBT diners on their spacious patio. I love their Thursday Trivia night because it’s fun to hear the crass team names people come up with. A fierce group of gays and girlz called “The Stimulus Package” recently won.