Ga. LGBT job bill looks to be revived next year under Gold Dome

A bill that would prohibit state employees from being fired because they are gay, lesbian, bisexual or transgender never got out of a Judiciary Committee subcommittee this year in the Georgia legislature, but plans are to continue garnering support to have it passed in a future session.

When the State Fair Employment Practices Act, HB 630, was first introduced at the end of last year's session by state Rep. Karla Drenner (D-Atlanta), activists planned for the bill to take perhaps several sessions before it would get passed, said Georgia Equality Executive Director Jeff Graham. 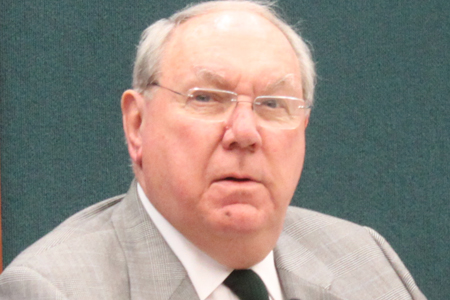 In a move some legislators say they’ve never seen before, the media was banned from taking photos and video during a public hearing Monday, Feb. 27, at the Georgia General Assembly that included testimony on HB 630, the State Fair Employment Practices Act. The bill, which would ban job discrimination against state employees based on sexual orientation and gender identity, was discussed for a second time by a subcommittee of the House Judiciary Committee.

No vote was taken on the bill Feb. 27. It was tabled at a hearing on Feb. 21, but Rep. Mike Jacobs (R-Atlanta), who presided over the Feb. 27 subcommittee hearing and is a co-sponsor of the bill, said the legislation remains “alive” in his subcommittee.

“Well, I don’t know what happens next at this point. We’re just at a point where there’s a lot of legislation pending and inability to get it all done prior to crossover day,” Jacobs said.