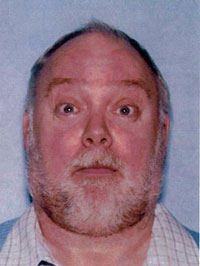 A male teen says he was set on fire after a 61-year-old man allegedly solicited him for sex, according to a news report from CBS Atlanta.

Woodstock police are seeking the public's help in finding Joseph Raymond Zeock, 61, who allegedly bound and gagged a 17-year-old male and then set the teen on fire. Zeock is wanted on charges of aggravated battery, cruelty to children, false imprisonment and solicitation of sodomy.

"The victim told police that Zeock had promised him money in return for certain acts. During one of these acts, the victim was bound, gagged and set on fire," according to CBS Atlanta.