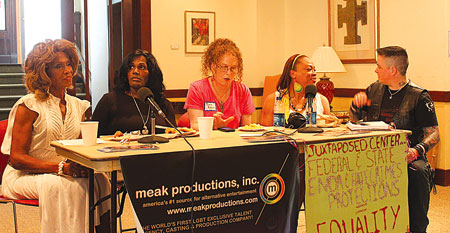 For the second annual Sylvia Rivera Stonewall Community Event, transgender organizers will hold a mini-summit on the issues that face the “T” in the “LGBT” community — issues that often get overlooked, according to James Sheffield, executive director of Atlanta Pride and a trans man.

“I still get emails and calls asking why T is part of LGB. We can’t really create a scenario at the festival in October to really dig into that. What we do in June [with Stonewall Week] lets us dig into that,” he said.

Sylvia Rivera was a transgender woman and a veteran of the Stonewall uprising in 1969.

The event is being held June 25 at 11 a.m. in the Phillip Rush Center. Specifics are still being hammered out, but plans are to create a “mini summit” of panel discussions and workshops. Presented by Juxtaposed Center for Transformation, TILTT and the Atlanta Pride Committee, it will be free, with a $5 suggested donation.