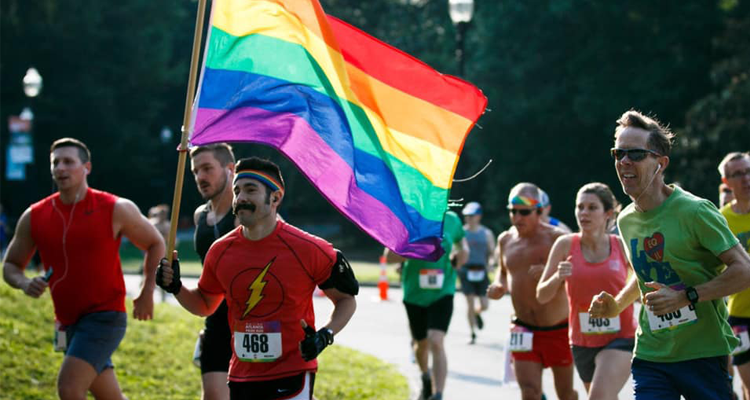 With vaccinations rolling out and COVID-19 slowly but surely receding in our rearview mirror, Atlanta sports are beginning to return to normal.

The Braves and Atlanta United both announced they would be returning to full-capacity seating at Truist Park and Mercedes-Benz Stadium, respectively. Truist Park will be resuming 100 percent capacity seating starting with the Braves’ homestand against the Philadelphia Phillies on May 7, and Mercedes-Benz will be full capacity starting with the soccer team’s match against CF Montreal on May 15.

The Falcons intend to be at full capacity when they return to Mercedes-Benz stadium this fall, according to NFL Commissioner Roger Goodell.

The Hawks are also increasing attendance in light of the COVID-19 vaccines. State Farm Arena will allow 45 percent capacity — or 7,625 seats — for the postseason, which begins on May 18. The Hawks opened the 2020–21 season with no fans in attendance before increasing to 1,300 attendees on January 26 and later 3,000 fans on March 13.

Professional sports aren’t the only athletics coming back in full force in Atlanta; LGBTQ teams are reemerging, as well.

Hotlanta Softball is marking its 40th anniversary this year and will celebrate with an event on June 26.

“The Hotlanta Softball League was founded in 1981 with just a few teams that wanted to get together in an inclusive environment and play softball,” Commissioner Kyle Miller told Georgia Voice. “Not much has changed since then, except that we are now known to be one of the most successful and best leagues in the country.”

Miller exclusively told Georgia Voice that the celebration will “feature a full-plated meal, include members new and current in our Hall of Fame, entertainment, and a mix of current and past stories and images of our league from the past 40 years.” More information on the event will be announced.

Hotlanta Softball’s normal park, Johnson Park, was closed due to the pandemic. However, the team has returned to the park since its reopening at the start of May. Their season started on April 11 and ends June 27. Learn more at hotlantasoftball.org.

Front Runners Atlanta is hosting its annual Atlanta Pride Run and Walk on June 20. The 5k race and fundraiser is returning to in-person after last year’s run — the 30th anniversary of the event — was hosted virtually because of the pandemic. The race will be held at Piedmont Park at 8am, and registration is $35 (Front Runners members get discounted registration). The event, which raises money for community partner Joining Hearts, aligns with Front Runners’ mission of building an accepting community.

“While the world has become more accepting, having queer spaces or groups with people who share similar experiences is not replaceable,” Thomas Barker, the president of Front Runners Atlanta, told Georgia Voice. “Front Runners combines love of fitness with building community … it’s such a diverse group of people to flourish with.”

Front Runners also hosts a weekly run on Wednesdays at 6:30pm and Saturdays at 9am. They meet in front of the Cunard Memorial Playground at John Howell Park (797 Virginia Ave NE). For more information, visit frontrunnersatlanta.org.

The AIDS Vaccine Ride, hosted by Action Cycling Atlanta (ACA), is currently underway. The virtual 200-mile ride stretches out until May 31, and all money raised by riders will benefit Emory Vaccine Center. Learn more and donate at actioncyclingatl.org. Unfortunately, ACA’s annual field day will probably not be making a return this year; as of February, the ACA board and Emory University dictated the event wouldn’t take place. However, people are encouraged to stay tuned for updates as conditions of the pandemic change.

The National Flag Football League of Atlanta kicked off its 2021 season on May 1 at Silverbacks Park. As of the time of writing, Beckwith, Las Margaritas, and Henry’s lead the pack in the Falcons division, and Beckwith, State Farm, and Irby’s lead the United division. Games will be held on Saturdays until July 31. For more information, visit nffla.com.