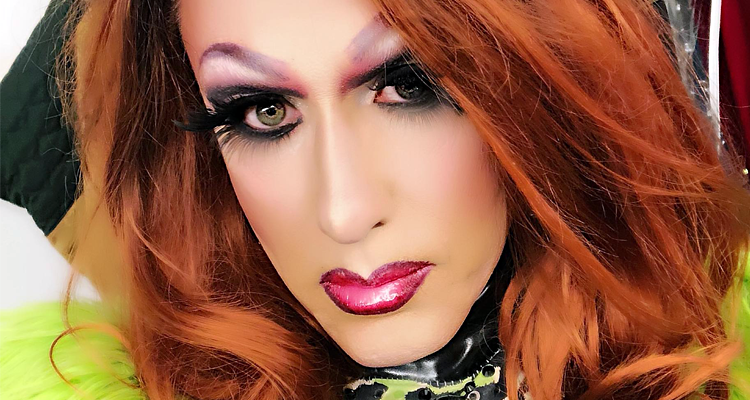 A Labor of Love: Hosting Drag in the Hostess City

It’s a steamy summer Friday night in Savannah, Georgia: bachelorettes in matching dresses, straight folks in polo shirts, vacationing LGBTQ folk and a contingent of locals climb the narrow, steep steps to the top floor of Club One and wait for the show.

Blair Williams, wearing high heels and higher hair, takes the stage, cracks a few jokes and polls the crowd. By a show of hands, most of the crowd is from out of town and has never seen a drag show live before. “Typical,” she says, before welcoming the first entertainer of the night.

“It’s important to find out — it’s not just a shtick — to find out where they’re from, how they’d found out about the place, what do they expect from the show, and then deliver that because we want them to walk away having a good time,” she said.

Williams came to Club One, named for its address at One Jefferson Street, in 2008 after a decades-long sabbatical from drag. Needing to do a guest appearance to raise money for a local charity, she asked for a hot spot in a weekend show and eventually became one of the stalwarts at the 34-year-old gay club.

“With drag, I have a love-hate relationship, I always have,” Williams explained one night as she was prepping for a weekend slate of shows. “The five minutes I’m on stage is the best feeling in the world. The process of getting yourself there is sometimes laborious, but this bar has welcomed me with open arms since the first day I walked into this facility. Of course, I love it, I wouldn’t do it if I didn’t still love it.”

An average week includes bingo on Monday, three shows Friday, two shows on Sunday, and hosting a brunch at Moon River Brewing Company on Sunday. Club One also has the long running “Just a Little Drag!” with Chi-Chi Bonet Sherrington and a Thursday night show.

“We have drag 18 days a week in Savannah,” she said without a hint of hyperbole.

It’s a busy schedule, but Club One reinvigorated her love for the art form in which she’s gone from frightened first-timer to winning the 2015 Miss Gay America pageant. Her journey to a national drag title started in the late 1980s in Charlotte’s venerable nightclub, The Scorpio. She took the stage under her own name, but with someone else’s look.

“I was probably a hot mess,” she said. “I had found someone who took a liking to me and put me in drag, and so I didn’t look like a rank amateur, but I was still a rank amateur because she had done everything: costuming, makeup, face, none of it belonged to me, it all belonged to her.”

As Williams found her feet, she turned her eyes to a bigger prize: the Miss Gay America pageant.

“I was enamored with it. I’d grown up watching the Miss America and the Miss USA competitions with the beautiful clothes and the coiffed hair and the talents and all of that, and Miss [Gay] America is the same way,” she said.

Williams started competing, and she started losing. In 1992, a bar owner called her at short notice because they were hosting a direct qualifier for Miss Gay America and only one other contestant had registered.

“I finished first runner up, second out of two people,” Williams said.

Once qualified, she finished 17th out of more than 60 contestants, and that was enough to think she could win one day. Williams kept competing, but she and her husband moved, first to Chicago and then other cities, and she didn’t return to drag until after she moved to Savannah.

She’s working performing, scheduling the other 14 entertainers Club One employs, finessing lineups, promoting the club, and occasionally coming in to clean dressing rooms before big holiday weekends. In June, Williams also launched a podcast with Treyla Trash, who she hosts bingo with every week, called “Can I ask you a personal question?”

“It is an interesting market, especially on the weekends,” Williams said. “Predominately tourists, bridal parties, I call them ‘Straight gawkers’: people who have seen our sandwich board or walked by the bar and thought, ‘That seems like a good time!’ on Fridays and Saturdays, and even throughout the week. We used to have a more regular crowd on Thursdays and Sundays, and Chi-Chi’s show on Wednesday of course, but the tourists, we see them more coming in during the week as well.”

For many, it’s their first time seeing a drag show live. For some, it’s likely the only time they’ll set foot in a gay bar. Williams is certain the performers are putting on a show that meets anyone’s expectations.

Learn more about Club One at clubone-online.com.