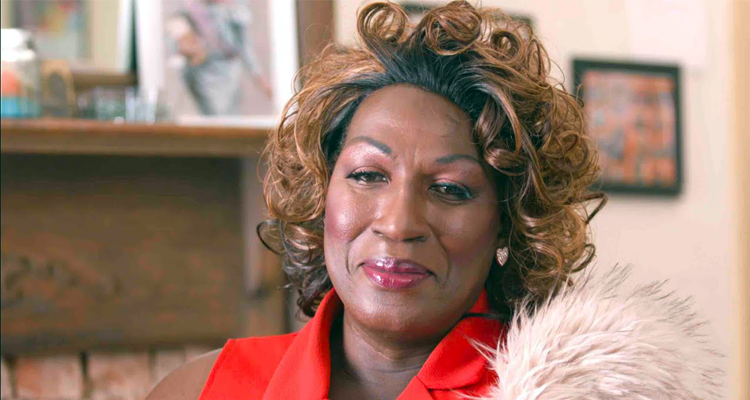 This is the second article from “Reclaiming Our Time: A History of Atlanta’s Black LGBTQIA Life,” a series of editorials that present vivid and personal accounts of one of the city’s most definitive communities.

I was still in my late teens when I moved from South Carolina to Atlanta back in the late ’80s. I came here without knowing anyone, not wanting to return to the home state where services were withheld from people like me. I arrived on the Greyhound bus that sunny afternoon with seven pieces of luggage in tow in anticipation of what Atlanta had to offer. I had it all planned out when I approached a taxi and I had the driver to take me to a safe shelter, because my funds were limited. Going in, I figured that if I stayed in a shelter, I’d be able to get a job and move out into my own place, sooner rather than later. Eventually I was hired as a part-time assistant director at that very shelter. In 1990, I relocated to Los Angeles to escape a toxic relationship and save my own life. I moved back to Atlanta in 2003, so that I could be within traveling distance to my mother after 9/11.

By 2006, I’d started hearing about trans, gender nonconforming and nonbinary people being denied access or mistreated by staff in the shelters where they sought safe space. Shelter staff frequently dehumanized trans residents by requiring them to change their gender expressions and answer to the wrong pronouns. Thankfully, my Mother Bear B.W. didn’t kick me out of our childhood home during my formative years growing up trans in the South. Though there were challenging times with my gender identity being opposite of what was expected, no matter what, I’ve always known that I was loved. I was always welcomed back home anytime that was required, no matter what.

According to a Los Angeles Blade report on LGBTQ Homeless youth, “homelessness and housing instability were reported at higher rates among transgender and nonbinary youth, including 38 percent of transgender girls/women, 39 percent of transgender boys/men, and 35 percent of nonbinary youth, compared to 23 percent of cisgender LGBQ youth.” The report cites how youth homelessness often results from families’ rejection: “14 percent of LGBTQ youth reported that they had slept away from parents or caregivers because they were kicked out or abandoned, with 40 percent reporting that they were kicked out or abandoned due to their LGBTQ identity.”

I was so disgusted that others weren’t afforded the same opportunities I received during my stay in an Atlanta shelter. I wanted to get involved by using my voice to make a difference. As I searched to find which organizations in Atlanta were advocating for our community, the name that continued to be raised was Dee Dee Chamblee. This trailblazing Black trans woman founded LaGender, Inc in 2001 to address the inequities trans people experience in Atlanta, especially Black trans women. I also found community with like-minded people by attending the weekly support groups. I became a Certified Peer Counselor through some of the life-affirming resources that LaGender provided and still provides to this day.

Dee Dee Chamblee’s example of being her own boss inspired me to establish my own 501(c)(3) organization, Juxtaposed Center for Transformation (JCT) in 2007. I started JCT to advocate for human rights and spread the good news about trans, gender nonconforming and nonbinary people. JCT celebrates our resiliency being here since the beginning of time, in every country and on every continent. During my time at LaGender, I also met my current Trans Housing Atlanta Program co-founder and colleague Jamie Roberts, a trans woman who works as an attorney. In 2013, Jamie organized a series of town-hall meetings to address shelters’ mistreatment of trans people and develop practical solutions. Named by the late Cheryl Courtney-Evans, the Trans Housing Atlanta Program, Inc was born out of necessity. Courtney-Evans was a renowned trans activist. In 2007, she founded T.I.L.T.T. , Trans Individuals Living Their Truth, an advocacy organization providing support groups as well as resources for trans people which operated until the time of her passing in 2016. THAP is still providing monetary assistance and wraparound services to individuals and families who struggle to find housing, providing assistance for food and transportation, hotel lodging, rent and utility bills.

In 2017, Trans Housing Atlanta Program filed a grievance complaint and received a favorable ruling from the Atlanta Human Relations Commission, finding that the Atlanta Salvation Army systemically discriminated against trans, gender nonconforming and nonbinary people seeking services at a city funded organization. Thankfully, our mayor at the time was Keisha Lance Bottoms, and there was no doubt that she had our backs by doing everything within her power to create safe spaces for us all over Atlanta.

Reflecting back to my late ’80s arrival, we have certainly progressed a long way from having very few trans activists or service organizations. I wish there would have been such resources available during those scary days when I was experiencing intimate partner violence. I needed a safe place to gather my thoughts and come up with a plan of action. There were many others like me during that time, facing desperate situations, who would have benefited from a hand up.

Today, there is a new generation of trans women making boss lady moves by showing up and participating for equity, because they know that our visibility saves lives.

Solutions Not Punishment (SNaP Co), headed by Toni Michelle Williams, is a Black trans- and queer-led organization that builds safety within our community, investing in our collective embodied leadership, and building political power.

Jesse Pratt López is from the Trans Housing Atlanta Coalition, an Atlanta-based, trans-led and -founded organization that began as a photography and grassroots crowdfunding project aimed at getting chronically homeless Black trans women off the streets.

At Georgia Equality, Gender Policy Manager Chanel Haley is representing us well. Georgia Equality’s mission is “to advance fairness, safety and opportunity for lesbian, gay, bisexual and transgender communities and our allies throughout the state.”

There’s always room for more practical resources for trans, gender nonconforming and nonbinary people, and if any of them are being provided by trans women of color-led organizations, the better they are at paving the way for the next generation.

Tracee D. McDaniel is an Atlanta Phoenix Award winner, Georgia House of Reps Commendation recipient, current Chairwoman serving on the Atlanta Citizen Review Board. She’s a published author of “Transitions-Memoirs of a Transsexual Woman”, which chronicles her Trans life being raised Baptist in South Carolina, culminating to becoming a human and civil rights advocate for trans, gender non-conforming and non-binary people.