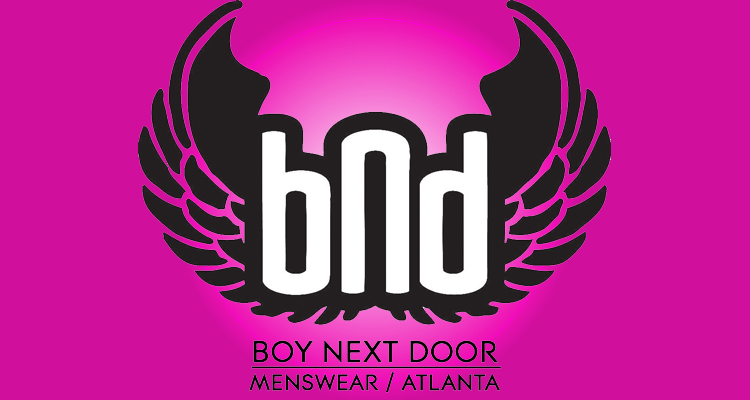 Boy Next Door Menswear to Move to Rainbow Crosswalk

After more than 40 years, one of LGBTQ Atlanta’s favorite stores will be finding a new home. Due to an expansion of the Atlanta Botanical Garden into its property, Boy Next Door Menswear will be moving to the heart of gay Midtown — the rainbow crosswalk — at the end of this year.

“A few years ago, the Botanical Garden acquired our property where we currently are now,” Rocky Carroll, the co-owner of Boy Next Door, told Georgia Voice. “They told us we’d have a few years to prepare and look for a new place, but they have other plans for our current location. The city is always growing and expanding. They’ve been great to us, and we gotta roll with the punches and keep evolving, too.”

While there is no specific date set for the relocation, Carroll said they plan to move toward the end of December. The new location is being built out, so the transition between stores is expected to be quick.

“I do believe we’ll be able to move in a couple of days, so it will only be a couple-day closure just to transition everything over to the new space,” Carroll said.

Boy Next Door will occupy 1000 Piedmont Ave NE Suite B — the site of the old Piedmont Cleaners — on the corner of 10th and Piedmont, across the street from Zocalo and X Midtown and on the same corner as Caribou Coffee.

The move comes after more than 40 years near Ansley Mall at 1447 Piedmont Avenue NE in the same building as when the store opened in 1980.

“It’s hard to move out of there to a new space because we just have so much history there,” Carroll said. “All the customers remember all the evolutionary changes of Boy Next Door.”

While it’s a bittersweet moment to let go of the historic location, the move is ultimately an exciting one.

“It’s going to be so cool,” Carroll said. “We’re very excited, and everybody is excited too. Everybody we’ve talked to is looking forward to us [moving]. We’ve been in this location off by ourselves for so many years, and it’s our historic location so we didn’t ever want to move from there. But you’d have to take a separate trip to come see us; a lot of customers come from all over, they take Ubers, they walk, they drive. It’s kind of far. So, when we move down to 10th, it’s going to more central for a lot of our customers … It’s closer to a [denser] area, so I think people are excited. It’s more walkable than where we are now.”

While this is a big change for the store, Carroll assured that the new location will house the same store everybody knows and loves.

“Our current space is kind of eclectic and interesting and artsy,” he said. “We’re hoping to capture the same feel when we move, because we’ve always been inclusive, we’ve always had something for everybody. It’s always felt like home; people would come and just hang out. We want to capture that and take that to the new location. We’re hoping to keep it artistic, fun, and welcoming to everybody.”

To learn more about Boy Next Door and shop online, visit boynextdoormenswear.com.