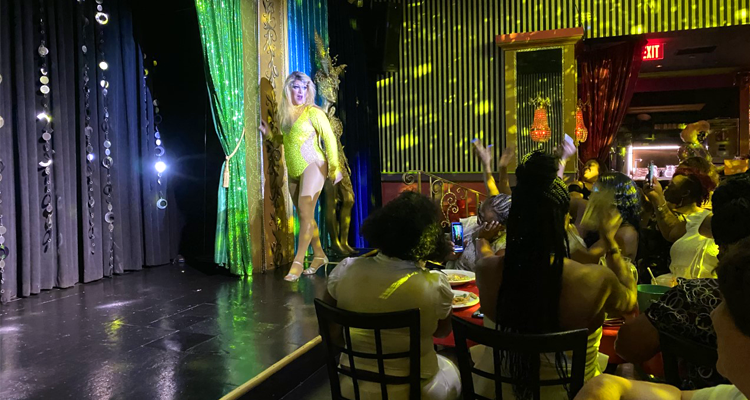 Atlanta has been known for many things. It’s been called the “Black Gay Mecca” and “the Gay Mecca of the South.” It’s also known for its adult entertainment, with The Cheetah and Magic City recognized globally as bucket list locations. All this said, it only makes sense that Atlanta serves up some amazing drag shows. Now that we’ve wriggled free from the pandemic’s clutches, it’s time to head back to the club and support your local drag queens, honey!

Madams of the Moonlight

2nd Sunday of every month, 9pm

Now hosted by Charmaine Sinclair Dupree, who’s replaced the iconic Ms. Regina Simms, New Faces is a competition that helps launch the careers of young, new queens in town. Winners get a cash prize and paid booking at the next New Faces competition.

The Stars of the Century

See some elite queens put on a top notch show every Monday night.

For just a $10 donation going to support AID Atlanta and Lost N Found Youth, you can see nine drag queens put on a show in honor of the late Atlanta drag legend Miss Lily White.

You absolutely cannot miss “the night where all the stars come out!”

This “over the top” dinner and a show is so popular they have four showings a week! Come prepared for “big hair, high heels, and lots of duct tape!”

Lips invites you to “see what happens when the sequined dresses drop” at their amazing late-night show!

Complete with singalongs and “fabulous over-the-top performances,” Lips’ brunch-side show will not disappoint. Reservations are required.

Get into it with some drag queen realness at MSR. They offer bottle service and hookah, a late-night menu, and sounds by DJ Ksquared and DJ Amethyst. With the doors opening as early as 6pm, you can party the night away.

Enjoy a chef-inspired menu and get day drunk off $3 mimosas while enjoying an amazing drag show hosted by Drew Friday and Coco Iman. Doors open at 3 pm.