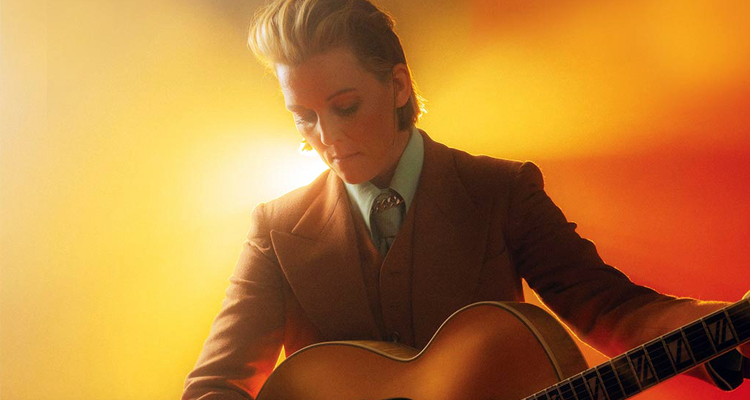 As the weather is getting cooler, the Atlanta arts scene is heating up! Check out what’s going on in the world of music, theatre, and visual art this season.

This exhibition will feature 50+ artists, a live DJ, raffle prizes, and more! 100 percent of the funds raised will be donated to Amplify Georgia, a collaborative of seven local reproductive health, rights, and justice organizations. RSVP at thebakeryatlanta.com.

Everybody is a happy person, a free person, a person who believes that nothing but the best lies ahead. When Death comes calling, Everybody must go on a journey to find what has had a lasting significance in his lifetime. Tickets at alliancetheatre.org.

It’s 1997 and the WNBA is changing the game. Every player on Plainnole’s Lady Train basketball team now dreams of going pro, but first they have to navigate the pressures of being young, Black and female in rural Arkansas. Tickets at theatricaloutfit.org.

Music, dance, laughter, and romance collide in this hilarious shipboard romp. When evangelist turned nightclub singer Reno Sweeney sets sail on the S.S. American, she encounters old friends and an unexpected love interest in the form of a wealthy Englishman. Tickets at cityspringstheatre.com.

Based on one of Hollywood’s most beloved romantic films of all time, Pretty Woman the Musical springs to life with a powerhouse creative team led by two-time Tony Award-winning director and choreographer Jerry Mitchell (Hairspray, Kinky Boots, Legally Blonde). Tickets at foxtheatre.org.

This show is a celebration of the neoclassical style, popularized by Balanchine, and its influence on today’s choreographers. Featured works include Serenade, Sum Stravinsky, and In Creases. Tickets at atlantaballet.com.

This temporary exhibit explores ideas surrounding domesticity — namely asking how we can design our interiors to enable joyful living while empowering creativity. Tickets at high.org.

When Black Liberation activist Kenyatta Shakur comes back to the world after prison, he finds himself widowed and alone. In a familial tug-of-war, he and his daughter must find a way to confront their shared history. Tickets at actors-express.com.

Natasha, Pierre, and the Great Comet of 1812

Based on a 70-page slice of War and Peace, this Tony Award-winning musical is Tolstoy like you’ve never experienced him before. Step into a glamourous, romantic world of chandeliers, vodka, and caviar in the salons and opera houses of 19th century Moscow, where passions ignite as Napoleon’s war rages outside the city. Tickets at horizontheatre.com.

Postponed from July, @QueerZ is a show by the Atlanta Gay Men’s Chorus composed of a series of songs that explore issues and themes that resonate with the LGBTQ members of Generation Z. Tickets at voicesofnote.org.

Experience the velvety rich sound of the Atlanta Symphony Orchestra as Music Director Nathalie Stutzmann presents a lineup of lush Romantics, starting with Brahms’ stormy Symphony No. 3. Tickets at aso.org.

Actress, singer, and the queen of rock and soul music Patti LaBelle comes to the Fox with special guest Stephanie Mills. Tickets at foxtheatre.org.

From Lin-Manuel Miranda, the creator of Hamilton, comes this universal story of a vibrant community in New York’s Washington Heights neighborhood – a place where the windows are always open, and the breeze carries the rhythm of three generations of music. Tickets at cityspringstheatre.com.

Colonialism is Terrible, but Pho is Delicious

This biting comedy spans centuries, continents, and cultures in a three-part vignette structure: 1880s Hanoi, where a Vietnamese cook finds herself in the kitchen of aristocratic French settlers; 1999 Saigon, where American diners get their first taste of local cuisine; and present-day Brooklyn, where the simmering argument around culture, ownership, and authenticity comes to a roaring boil. Tickets at auroratheatre.org.

In this show, Queer Eye’s Jonathan Van Ness dives into their comedic prowess and tells the story of everything: the good, the bad, and the sexy. This stand-up comedy extravaganza is a high-octane night of comedy, community, and sissying that walk. Tickets at foxtheatre.org.

Cultures collide when an American naval officer in Nagasaki decides to take a Japanese wife. Cio-Cio-San – fifteen years old and in love – dreams of her new life with the handsome young officer. Tickets at atlantaopera.org.

One Night of Queen

Gary Mullen and The Works celebrate the 20th anniversary of their world-renowned One Nigh of Queen live concert performance that pays tribute to the stage theatrics, showmanship, and music of the Rock and Roll Hall of Famers. Tickets at aso.org.