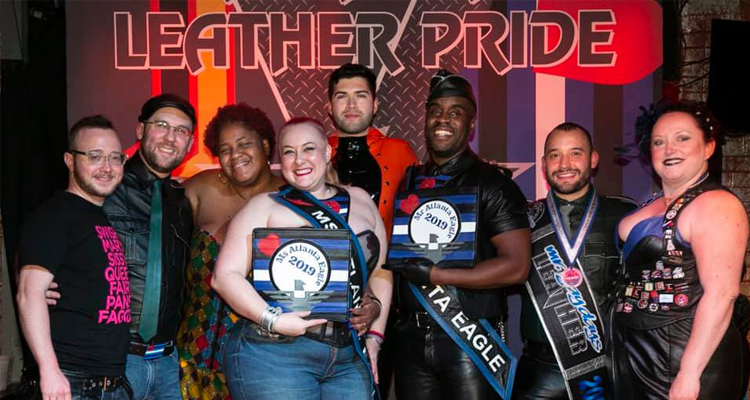 Halloween at a Glance

Boo! Halloween is just around the corner, which means there are a slew of events happening in Atlanta this week and next. Secure a costume (or two!) and get ready to haunt the town with your ghoulfriends.

Hear tales from the spooky side of Atlanta on the L5P Ghost Tour. Join clairvoyant tour guides on a mile-long, 1.5-hour trek through the neighborhood’s most historic and creepy landmarks. Encounter Lady Sintana from House of Ravenwood, 7Stages ghosts, Deacon Lunchbox, Gregory Davis, and more. Tickets at l5pbiz.com.

Head over to the Little Five Points neighborhood this weekend to enjoy a variety of Halloween festivities, like the Rainy Day Revival Old School Freak Show, the Bizarre Bazaar artist market, drag queen karaoke feature Alt3r, and more! This year’s parade takes a new route on Moreland Ave, ending at Freedom Parkway, on Sunday at 2pm. Learn more at l5phalloween.com.

Meet and Greet and Cigar Social

Atlanta Leather Pride weekend kicks off the festivities at the Atlanta Eagle! Learn more at atlantaleatherpride.com.

Throw on your matching Britney and Justin denim fantasy, your Juicy Couture velour tracksuit, or your spookiest Ghostface getup for the Y2K-themed costume contest and dance the night away to Gewn Stefani, Lady Gaga, the Pussycat Dolls, Fergie, Shakira, and more. Tickets at venkmans.com.

Halloween on the Roof

THE ROOF at Ponce City Market

Enjoy all treats and no tricks during the kids’ Rooftop Trick or Treating from 11am to 4pm. Then, after 5pm, mystical fortune and magical cirque acts set the stage. Sip on Halloween cocktails, dare to try a Jell-O shot before you enter the costume contest for the $1,000 value grand prize. Tickets at poncecityroof.com.

Barking Leather and The Eagle

The official Atlanta Leather Pride contest begins at Barking Leather at with interviews at noon followed by the contest at The Eagle at 7:30pm. Judges and contestants will meet at 11:30am and 6:30pm respectively. An ASL interpreter will be on hand during the contest. Learn more at atlantaleatherpride.com.

Celebrate Halloween at Mary’s with a costume contest, music from DJ Neon Horror, and only a $5 cover!

Close out Atlanta Leather Pride weekend by dancing the day away at The Eagle’s new location. Learn more at atlantaleatherpride.com.

Don your best costume for a chance to win a prize for sexiest costume, most creative costume, or best couple/group costume! Come early and enjoy the open bar until 11:30pm with early bird tickets. Tickets via Eventbrite.