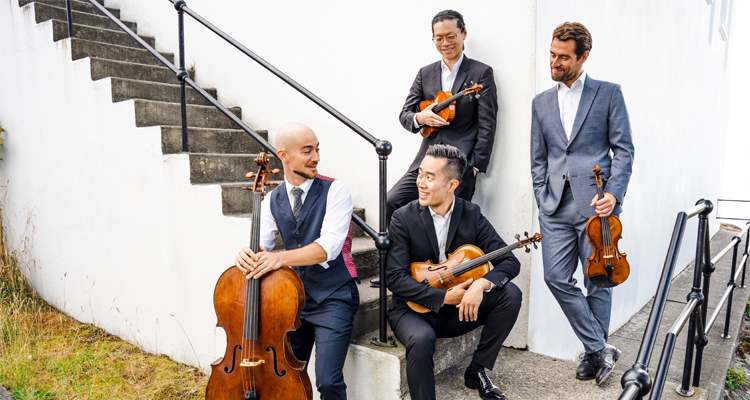 Who knew that when they played their first house dance party in Athens, Georgia in 1976 that the B-52s would be still be rocking the house in 2023? Rescheduled from November, this farewell tour includes special guest KC & the Sunshine Band. 7:30pm, Fox Theatre

A celebration of life for the late Lynn Barfield, deemed the Mayor of Midtown and active in many LGBTQ events and organizations over the years, will be held today at 4pm at Blake’s on the Park

In the Tony Award-winning “Hadestown,” a song can change your fate. Intertwining two mythic tales — that of young dreamers Orpheus and Eurydice, and that of King Hades and his wife Persephone — “Hadestown” is a haunting and hopeful theatrical experience that grabs you and never let us go. 7:30pm tonight, running through June 14, Fox Theatre

Hostesses Bubba D. Licious and Erica Lee and special guest performers will delight, amaze, and shock you as they call bingo, put on a show, and help raise money for PALS Atlanta. Tonight’s theme is Pajarama Bingo. 7:30pm, Lips Atlanta

“Red: A Crayon’s Musical” runs this weekend at Out Front Theatre Company. A blue crayon, mislabeled as Red, is having a tough time. As hard as Red tries, his drawings look strange… and everyone is noticing. His mother and sibling want to help, his teachers and coach push him in different directions, and his fellow crayon-students think he’s just plain weird. Red will try anything in order to be normal. Then, Red makes a new friend who opens his eyes to the possibility that what others see as strange could possibly be what makes him special. Based on Michael Hall’s children’s book, this family musical is about community, self-discovery, and being true to one’s self. 7:30pm Friday and 1pm and 3pm Saturday

Cathe Hall Payne directs “The True Story of the Three Little Pigs.” In this hysterical and clever fracture fairy tale picture book that twists point of view and perspective, young readers will finally hear the other side of the story of “The Three Little Pigs.” The show is fun for the whole family. 11am and 2pm today, through January 22, Onstage Atlanta

The Dover Quartet draws from the lineage of the distinguished Guarneri, Cleveland, and Vermeer quartets. Its members studied at the Curtis Institute of Music and Rice University’s Shepherd School of Music. Spivey Hall, 2000 Clayton State Blvd, Morrow, GA

The murderous “Don Giovanni,” staged by Atlanta Opera, deceives women with impunity, leaving destruction in his wake. This Don Juan is not just a rakish cad but someone much more sinister. Mozart and Da Ponte’s masterwork explores vengeance and unsatiable desire. Glamour, grit, and the glow of neon infuse this film noir production in which Kristine McIntyre directs the action on the stage and Atlanta Opera Music Director Arthur Fagen leads The Atlanta Opera Orchestra. 8pm tonight, running through January 29, Cobb Energy Performing Arts Centre

The LGBTQ Book Club, sponsored by Charis Books and More, is a group for LGBTQ folks and allies to read queer-themed books and books by queer authors. The goal is to have diverse thought-provoking discussions about queer identity, history, and topical issues. All are welcome to join. This month’s book is “Gideon the Ninth” by Tamsyn Muir. Register in advance for this meeting: shorturl.at/jnsxX, 10am to 11:30am