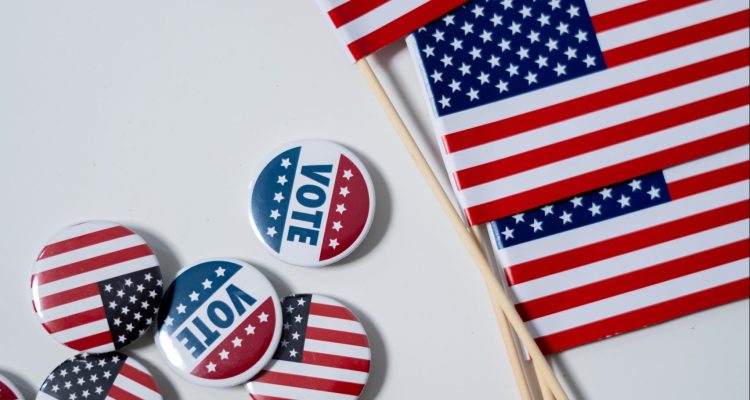 This article reflects election results as of 7:55am EST on Wednesday, November 9.

Massachusetts Attorney General Maura Healey, a popular Democrat in a deeply blue state, coasted to victory Tuesday as predicted, becoming the first lesbian to be elected governor of any state. Another lesbian candidate for governor, Tina Kotek in Oregon, appeared to be in a position to be the second to do so, running one point ahead of her two opponents as of Wednesday morning. But in a surprise upset, five-term U.S. Rep. Sean Patrick Maloney appeared to be losing his seat in Congress, and a pro-Trump gay Republican appears to have defeated a gay Democrat for a U.S. House seat from New York.

Healey, who helped lead the legal battle for marriage equality and championed many challenges against Trump administration policies, triumphed over a Trump-backed Republican. That Republican, Geoff Diehl, had Trump’s endorsement but not that of the state’s popular incumbent governor, Republican Charlie Baker. Healey positioned herself to acknowledge Baker’s strengths.

In her acceptance speech, Healey delivered a message to “every little girl and young LGBTQ person out there.”

“I hope tonight shows you that you can be whoever you want to be.”

Healey also promised to be a governor for everyone, whether they voted for her or not.

In Oregon, where voters have for decades rejected Republican candidates for governor, Democrat Tina Kotek, former speaker of the state house, had to contend with a third party candidate who appeared to be drawing nine points from voters who are believed would otherwise vote Democratic. As of Wednesday morning, with 67 percent of the vote counted, Kotek held a one-point lead over her Republican opponent. Kotek told supporters that she is “optimistic” but it was “still too early” to declare victory.

And in Colorado, openly gay Governor Jared Polis breezed to re-election, garnering about 62 percent of the vote at deadline.

LGBTQ candidates sought to double the number of openly LGBTQ members of the U.S. House this year. Going into Tuesday’s election, that count was eight. At deadline, it appeared the number in the new Congress, which begins January 3, could be 11.

U.S. House incumbents: Eight of nine incumbent LGBTQ candidates in the U.S. House were running for re-election, and four had relatively easy runs for re-election: Mark Pocan (Wisconsin 2nd), Mark Takano (California 41st), David Cicilline (Rhode Island 1st), and first-termer Richie Torres (New York 15th). (One current openly gay member of the House, Mondaire Jones, was redistricted into another district this year and lost the primary.) At deadline, three of the four incumbents with tough races appeared to have won, but one is still awaiting final results in a race too close to call Wednesday morning:

Sean Patrick Maloney (New York-17th CD): That one, at deadline Wednesday morning with 95 percent of the vote reported, is Democrat leader Maloney who may be losing his hotly contested race for a sixth term in the U.S. House. Because of redistricting, Maloney had to choose whether to run in District 18, his original district, or District 17, where his home is located under the new map. The complication: District 17 was the district being represented by Mondaire Jones. Much to Jones’ chagrin, Maloney chose District 17 and soon found himself in a toss up race against State Assemblyman Mike Lawler. Maloney closed a 10-point deficit Tuesday night to a 1.2 deficit as of Wednesday morning. The race has not yet been called.

Angie Craig (Minnesota-2nd CD): Minnesota’s 2nd Congressional district race is always a nailbiter, including this year, as the two-term Democrat faced the same Republican opponent she beat by only two points last time. The lead Tuesday night kept changing, but by Wednesday morning, with 99 percent of the vote in, Craig appeared to hang on to her seat for a second term, with a five-point margin. In the strangest of twists, just like during the 2020 race, a third party candidate’s name was also on the ballot even though that person is dead. In 2020, the dead candidate won six percent of the vote (voters are not alerted if a listed candidate is deceased); this year, the dead candidate won 3.3 percent.

Chris Pappas (New Hampshire-1st CD): Democrat Pappas, New Hampshire’s first openly gay member of Congress, appears to have won a third term in a congressional district that has been split evenly among Democrats, Republicans, and non-affiliated voters. After winning his first term by 8.6 points, he won the second term by 5.1 points. With 81 percent of the vote counted as of Wednesday morning, Pappas was 8.2 points ahead of a candidate promoted by former President Trump. That candidate, Karoline Leavitt, spoke out against trans women athletes and self-accepted pronouns and said she would support Florida-like “Don’t Say Gay” legislation.

Sharice Davids (Kansas-3rd CD): Democrat Davids held a 12-point lead Wednesday morning, with 99 percent of the vote counted. Davids faced her 2020 challenger and a more Republican-leaning district this year, thanks to redistricting. Pre-election polls suggested abortion might be a factor there, where Kansas voters in August overwhelming rejected an effort to give the state legislature power to ban all abortions in the state. Davids supports the right of women to obtain an abortion; her Republican opponent Amanda Adkins said she’s “pro-life” but thinks the issue should be decided at the state level, not federal government.

U.S. House challengers: The Gay and Lesbian Victory Fund supported eight of the nine openly LGBTQ candidates for Congress this year. As of Wednesday morning, five of the nine appeared victorious:

Eric Sorensen (Illinois 17th CD): Democrat Sorensen is running 3.4 points ahead of Republican Esther Joy King for this open seat from central-western Illinois. If he finishes with a win, he would become the first LGBT member of Congress from Illinois. As of Wednesday morning, 93 percent of the voted had been counted and Sorensen gave a victory speech, saying he would “make sure we all have a seat at the table.” He also thanked his “wonderful partner Sean, for being a rock through all of this.”

Jasmine Beach-Ferrara (North Carolina 11th CD):  With 100 percent of the vote in Wednesday morning, Democrat Beach-Ferrara was 10 points behind a Republican state senator for an open seat vacated by a Democrat near the more progressive Asheville area. Beach-Ferrara, a county commissioner and ordained minister, was also an LGBTQ activist in the state.

Robert Garcia (California 42nd CD): With only 38 percent of the vote counted, the New York Times has already called Long Beach Democratic Mayor Garcia the winner. As of Wednesday morning, Garcia had a 38-point lead to win a new congressional seat in that state. Garcia will be the first openly LGBTQ immigrant to win a seat to Congress, his family having immigrated to California from Peru when he was 5.

Will Rollins (California 41st CD): With 31 percent of the vote reported in the Palm Springs-Coachella Valley area, Democrat Rollins was running 12 points ahead of an anti-gay incumbent who has a zero score on LGBTQ votes in Congress. Rollins is a former prosecutor who has worked on cases against some of the January 6 insurrectionists. The newly drawn district is 50-50 Democrat-Republican.

Jamie McLeod-Skinner (Oregon 5th CD): Democrat McLeod-Skinner took a commanding lead as the vote tallies were first released Tuesday night in her first bid for Congress. But with 65 percent of the vote counted Wednesday morning, the education, health, and clean water activist was trailing four points behind her Republican opponent.

Heather Mizeur (Maryland 1st CD): With 89 percent of the voted counted by Wednesday morning, Democrat Mizeur, a former state legislator, was running 23 points behind a pro-Trump incumbent she sought to unseat. Mizeur previously made a strong showing in a gubernatorial primary in Maryland. But District 1 is largely rural Eastern Shore territory and represented by the incumbent for 12 years now.

George Santos and Robert Zimmerman (New York 3rd CD): The U.S. House race to represent Queens and Long Island, New York, was the first to ever pit two openly gay candidates against each other in a Congressional general election. Wednesday morning, with 93 percent of the vote counted, pro-Trump Republican gay George Santos was 8.4 points ahead of Democrat Robert Zimmerman for the open seat, previously held by a Democrat. Santos had acknowledged attending the January 6 insurrection rally and said he would defend marriage equality but support a Florida-style “Don’t Say Gay” bill in Congress. Zimmerman is a former aide to members of Congress and political commentator who had the support if the Gay & Lesbian Victory Fund.