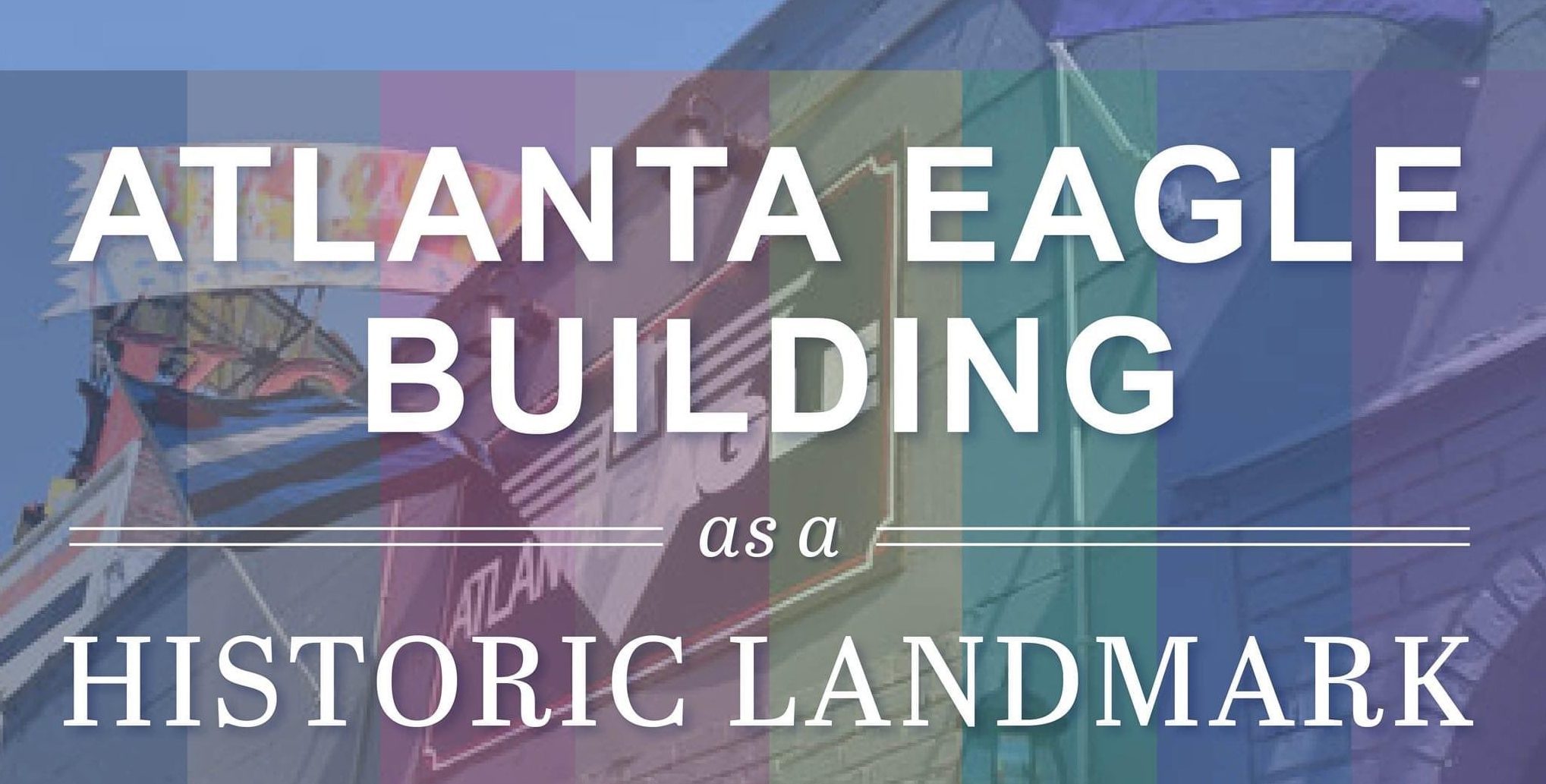 The Department of City Planning’s Historic Preservation Studio and the Urban Design Commission has begun the designation process of the building, which has for more than three decades been an integral part of Atlanta’s LGBTQ community. With the designation, the property cannot be demolished or changed on the exterior without written approval from the Urban Design Commission.

“Businesses are feeling the devastating effects of COVID-19 this year, including LGBTQ-owned small businesses,” Mayor Bottoms said in a statement. “This has es to LGBTQ-owned businesses around the country closing their doors. The Atlanta Eagle has a rich history and is a beloved place for so many people in Atlanta and across the world.”

The Eagle is one of the most famous LGBTQ establishments in the South and has been central to LGBTQ history in Atlanta. Drag legends like RuPaul and Lady Bunny have performed at the Eagle, and Atlanta Leather Pride has been hosted there every year. A police raid on the bar in 2009 became a foundational moment in Atlanta LGBTQ history, acting as the catalyst for the appointment of LGBTQ liaisons and updated training procedures in the Atlanta Police Department.

“Many have called the Atlanta Eagle home over the last three decades,” said Atlanta Eagle owner Richard Ramey. “I am grateful to Mayor Keisha Lance Bottoms and the city of Atlanta for ensuring that many more can call it home in the years to come.”

The historic designation comes after the Eagle announced it would be closing the Ponce de Leon location and relocating to an undecided location in 2021. The Eagle closed on November 14.

The Eagle will be hosting a Facebook Live tonight at 9pm to discuss the historic designation.