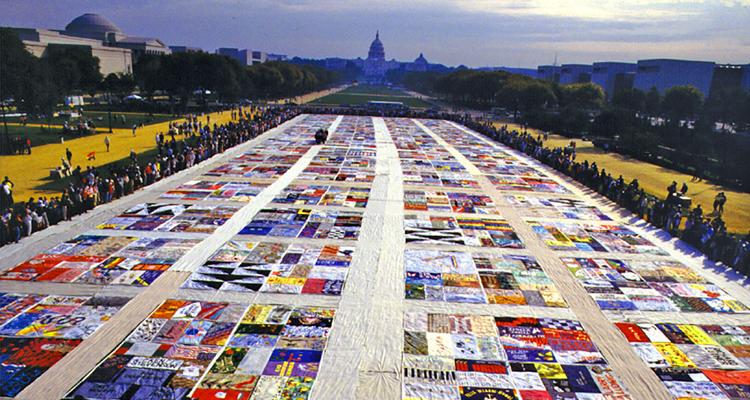 Moments of HIV/AIDS Activism Through History

AIDS activism started in the early ‘80s and grew with the epidemic, quickly spanning the globe with acts of civil disobedience to call attention to government inaction and lives lost. There have been countless examples of HIV/AIDS activism over the past four decades and it continues strong today.

By this time, the public was aware of a mysterious illness often seen in gay men and drug users. Some researchers referred to the illness as gay-related immune deficiency or GRID, according to Time Magazine. Gay activists met with experts from the CDC in Washington, DC, and suggested the term “acquired immunodeficiency syndrome”or AIDS.

Indiana teenager Ryan White and his family filed a lawsuit attempting to get White admitted back into middle school after he was barred months prior for having AIDS. On February 21, 1986, the 14-year-old finally returned to school after being certified fit by the local health officer and the Education Department Appeals Board. On his first day back, approximately 121 of 300 kids stayed home and parents even petitioned to have him barred again. A few months later, White began classes at Hamilton Heights High School in Arcadia, where only two of 615 students stayed home, according to United Press International. White passed away at 18 in 1990, leaving a legacy of activism. Years prior, a federal judge dismissed a case the Whites filed against Baxter Travenol Laboratories, the pharmaceutical company that supplied White with an AIDS-contaminated clotting agent called Hemofil.

Activists displayed the AIDS Memorial Quilt for the first time on the National Mall in Washington D.C. during the National March on Washington for Lesbian and Gay Rights. The quilt was conceived by activist Cleve Jones in 1985 while planning a remembrance march for gay San Francisco Supervisor Harvey Milk and Mayor George Moscone, who were both assassinated in 1978. Jones learned that over 1,000 people had died of AIDS in San Francisco alone and asked fellow marchers to write the names of loved ones lost to AIDS on placards that were then taped to the walls of the San Francisco Federal Building, according to aidsmemorial.org. This patchwork quilt-like image inspired the AIDS Memorial Quilt, which was used in demonstrations across the country, growing over decades until it returned to San Francisco in November 2019, to be housed permanently at the National AIDS Memorial.

Around 1,000 to 1,500 activists with AIDS Coalition to Unleash Power and ACT NOW shut down the Food and Drug Administration headquarters with signs showing bloody hands and banners including the group’s now iconic slogan, “silence=death.” Activists demanded the acceleration of drug trial processes, to stop giving placebos in trials, to include people of color, queer people, poor people, and other marginalized communities in research trials, to have Medicaid and private insurance fund experimental drug therapies, and that the FDA support AIDS activists and community researchers. AIDS activist Douglas Crimp explained the success of the civil disobedience campaign in a 2011 article with the Atlantic.

“One year after SEIZE CONTROL OF THE FDA, ACT UP’s idea, now called Parallel Track, was accepted by the NIH and FDA and went into effect for ddI (dideoxyinosine), the first antiviral AIDS drug to become available since AZT,” Crimp wrote.

ACT UP was founded by LGBTQ activists in New York City in 1987 in direct response to government inaction on the AIDS epidemic. It quickly became an international organization, known for staging nonviolent radical protests and ‘die-ins’ across the globe. The group remains active today.

HIV-positive activist Zackie Achmat founded Treatment Action Campaign, a South African activist organization focused on helping people access antiretroviral drugs, which are used to control and treat HIV. The organization spent its first decade largely fighting the misinformation of AIDS denialism, which suggested HIV isn’t linked to AIDS and that treatment drugs are more dangerous than effective. In the two decades since its founding, TAC sued the government and won, held civil disobedience campaigns, addressed xenophobic and gender-based violence, leaked pharmaceutical documents, launched fundraisers, fought unjust convictions, led marches of thousands, and held educational workshops, among dozens of other things. With a history of intersectional activism and Marxist leanings, the group has radically changed South African politics and continues to do so today. To learn more about TAC, visit tac.org.za/our-history/.