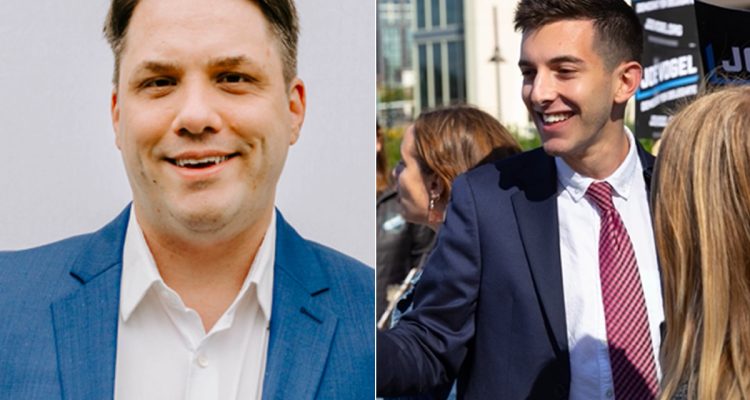 From left, Kris Fair and Joseph Vogel. The two openly gay men won their races for the Maryland House of Delegates. (Photos courtesy of Fair and Vogel)

436 openly LGBTQ candidates won their elections as of 7pm EST Thursday, surpassing the previous record of 336 set in 2020. There are 54 races with LGBTQ candidates that have not yet been called, including Will Rollins in California and Kris Mayes in Arizona.

To reach equitable representation, the U.S. must elect more than 35,000 more openly LGBTQ people to office, according to the LGBTQ Victory Institute.

“This Rainbow Wave was fueled by a record number of LGBTQ candidates who defied the odds by running — and winning — in the face of extraordinary anti-LGBTQ rhetoric and attacks. Bigots underestimated our power and determination as they’ve done throughout history. While this election has given us much to be optimistic about, such as a historic number of victorious trans and nonbinary candidates, we still have a long way to go before we achieve equitable representation in government. LGBTQ people have never been fully represented in government and until that day, we will not stop organizing, we will not stop fighting and we will not stop running for office. Because when we run, we win.”