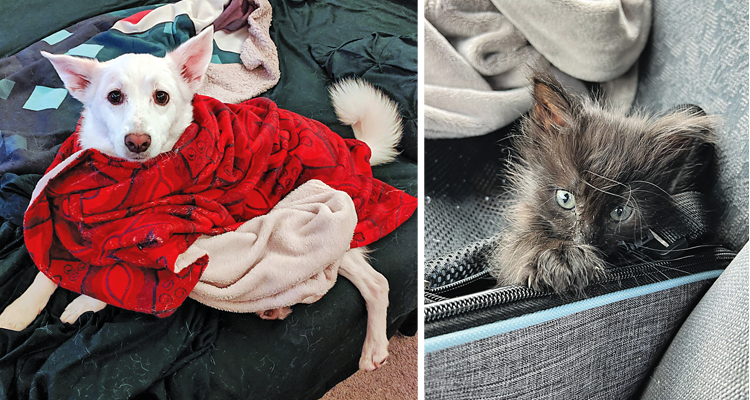 Pets of the Georgia Voice 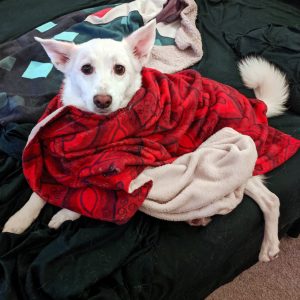 I met Lola as an eight-month-old puppy shortly after moving to Georgia in 2011, and she quickly grew to be a treasured family member. Her sassy, dramatic demeanor lightened many of the darker moments of years past. She unfortunately passed away from sudden heart failure in October of 2021 after a decade of companionship. Her ashes rest on a memorial shelf in my home alongside her favorite toy and blanket. During her life, she served as the inspiration for the protagonist of the Lola the Buhund book series. 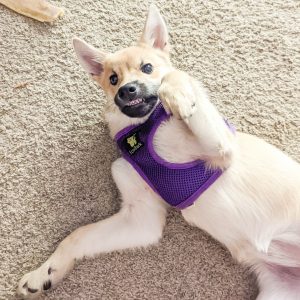 Zelda joined me at eight weeks of age, several months after the passing of my previous Buhund. She has grown from a great deal in the few months I’ve had her and manages to amuse me with her antics. Socially, she seems to think everyone and everything is her friend. However, she still has yet to figure out that making a bunch of loud, excited noises isn’t a good way to befriend others. 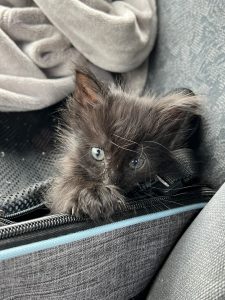 Jett on his way to work with me. He goes every day since he is bottle fed. I got him at two-and-a-half weeks old. He is eight weeks old as of July 6. 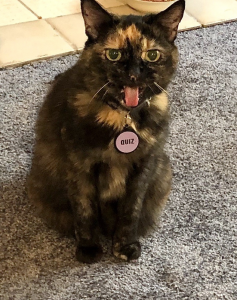 Quiz is the most weirdly affectionate cat anyone has ever met. For the first year, she routinely came into my office to sit in clients’ laps and lick their masked faces. She is eerily vocal — often cooing in a high pitch more than purring — but I’ve only seen her get angry twice, due to some pain related to her now declining health. She has, in a way, brought me humane relief during the isolation and fear of the never-ending pandemic. 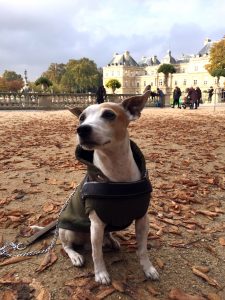 Berko, also known as Mr. Berks or Berkshire depending on our mood, is twelve years old. He’s named after a local cupcake boutique in Paris because when he was a little puppy he looked like a cute mini cupcake. He took his first trip when he was only six months old, to Mykonos, Greece, where he fell in love with the sun. Since then, he’s traveled to over fifteen countries across Europe and North America, by train, plane, and automobile.