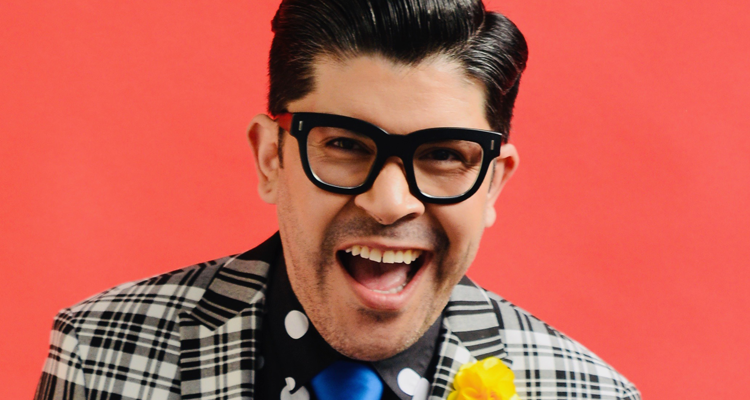 During season eight of “Project Runway,” Armando “Mondo” Guerra became an instant fan favorite with his bold designs and passion for fashion. He endeared himself to watchers even more so later in the season when he revealed during a runway show that he was HIV-positive.

These days Guerra is a national spokesman for Dining Out for Life, which raises money for community-based organizations serving people living with or impacted by HIV. He will be in Atlanta on April 27 to promote the local program, where over 50 participating Atlanta-area restaurants will donate a portion of their customers’ bills from meals all day to benefit Open Hand Atlanta.

He is now in his eighth year with Dining Out For Life.

“Once I got off the show, after revealing my HIV status, I really wanted to find a way to continue the conversation,” Guerra said. He had already participated in his hometown of Denver.

An event such as this one is a way for people to contribute, he said, and is also effective at reaching people with new information.

“Knowing my story and that I am an advocate for HIV, it’s an easy way to help and an amazing way to have a conversation about HIV/AIDS,” he said. “For me, it’s important to use this opportunity to invite someone for a meal that may not have access to this information or knowledge of HIV.”

Guerra, who used to come to Atlanta for “Project Runway” casting interviews, grew up as a classical pianist with a dream to write music for film. When he was 18, though, he began looking for a new outlet to express his creativity, burned out by practicing eight hours a day.

He auditioned for season seven of “Runway” and made it all the way through until the end when it was time for individuals to be cast. Producers called him and said they went with someone else. However, they put him on the short list for the next season. Guerra auditioned again the following year and this time, “it was a happier call.”

“I had been a fan of the show, but I didn’t really know what to expect,” he said “Looking back, it was really hard work. It was one of the most difficult things I’ve ever been part of and the most rewarding.”

It changed his life in many ways.

“It validated who I was as a creative, me as a human, and I knew I could live my truth and be honest, open and not afraid to be vulnerable,” Guerra said. “All the other designers gave me support and made me feel welcome. I had never felt that in my life. I was an outsider, doing my own thing. When I was put in that space, it really allowed me to spread my wings and I will forever be grateful.”

When he came out as HIV-positive on “Runway,” he knew it was time.

“When I was asked what my story was, it felt like I was living my creative truth,” he said. “I knew if I did not reveal the true inspiration behind the positivity print, I would not be fulfilled.”

It was the Monday night before the episode aired that he shared the news with his family. It was an awakening moment for him.

“I told them I was HIV-positive and was happier than I have ever been in my life,” Guerra said. “There was silence and my mother said, ‘I know and we are so proud of you.’ The most amazing was that my family — a fifth generation Mexican family in Denver who had never talked about HIV — had the opportunity to put a face to the disease.”

Yet Guerra was terrified when he got off the runway, because there was an HIV stigma, especially growing up in a small community. Yet once the episode aired, he received thousands of messages from viewers who supported him, shared their own stories, and asked questions.

Controversially, he was the runner-up that season to Gretchen Jones, but later came back and won the first season of “Project Runway All Stars.” Many people feel the reason “All Stars” started was because of the injustice of Guerra not winning his season. For the designer, it was nonetheless a nerve-wracking competition.

These days, besides his design work, Guerra is happy that he can be an HIV/AIDS advocate.