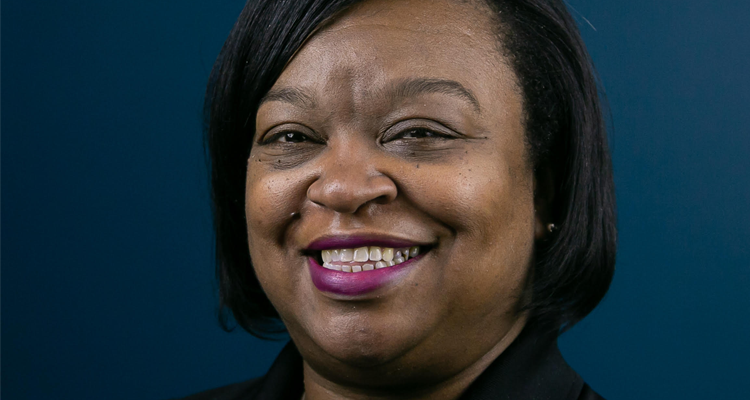 She was affectionately known as the Mayor of Midtown, a dynamo with an ever-present smile, plentiful hugs and kisses and the ability to warm up to everyone. Hazel Lynn Barfield, 51, passed away unexpectedly on December 8, 2022.

A memorial service for family and friends was held December 17 at Fischer Funeral Care and another took place in Midtown at Blake’s on the Park January 9. Both were filled to capacity, with lines literally spilling out the doors.

Born in Jonesboro, Barfield attended the University of Georgia and while there, quickly befriended and became allies to many in the LGBTQ community and got involved in Athens’ annual Boybutante Ball. Her initial intention was to teach, but after moving to Atlanta, she became active in the nonprofit arena, buoyed by the work she’d seen her UGA friends do. She served as a development liaison between Hands On Atlanta and the Coca-Cola Company and with the Georgia Department of Natural Resources as a community and volunteer liaison for park rangers and management staff. Later she became the executive director of Enlight Atlanta, seeking to establish gay and straight alliances in high schools and colleges. Barfield also volunteered for organizations such as Chris 180, AID Atlanta and the More to Love Foundation, served as the board president for For the Kid in All of Us, and was on the Mayor’s LGBTQ advisory board.

Many in the LGBTQ community met Barfield when she worked the door at Blake’s, checking IDs for those entering and earning another nickname — Mama Lynn.

Barfield was honored as an Atlanta Pride grand marshal in 2011 and later worked with Atlanta Pride Committee as its operations manager from 2018 to 2021. Steven Igarashi-Ball, the organization’s director of equity and engagement, credits Barfield with leading him to his current job.

“In 2021, Lynn and I were collaborating on a community project,” he said. “I called her to schedule a meeting, and she asked if I was calling to apply for a job listing with Atlanta Pride. I told her I was very happy at AID Atlanta and wasn’t looking for a new position. For the next several weeks, she told me I needed to apply for [it]. I finally sent her my resume just to get her to leave me alone. I didn’t get the job she wanted me to apply for, but submitting my resume led to creating the role I now have.

“My story is so Lynn — she was a tenacious connector and constantly sought ways to engage others in her love of community,” he said. “I am grateful I got to call her a friend and a colleague, and I hope my life will have a fraction of the impact that hers had. It’s probably not good to be jealous of someone’s funeral, but Lynn’s memorial made me hope to be remembered similarly. She was a friend to many, and a champion of even more.”

Seven days after she moved to Atlanta in 1995, Lydia Gerzel met Barfield. It was at Joe’s on Juniper and Barfield walked up to Gerzel and said, “you’re a very pretty girl, but boy you look like shit today,” Gerzel said. The two became instant friends and Gerzel remembers her as “one of a kind.”

“Whether you met her through CHRIS 180, AID Atlanta, the More Love Foundation or For the Kid in All of Us, it is a testament to how powerful her legacy will live on by the overflow out of this building that is taking place right now,” Westmoreland said. “She was a tireless advocate, an incredible ally.”

Westmoreland brought a proclamation signed by all 16 councilmembers as well as greetings from Atlanta Mayor Andre Dickens.

Tony Patterson, who met Barfield in 1995, called her a “comforter” to him and his family. “She had a very intuitive spirit,” Patterson said. “She could be in a room with 200 people and hug you and say the right words at the right time.”

According to Kenny Franklin, Barfield had the innate ability to treat everyone as if they were the only person around.

“That vibe she had with people, that has caused this entire community to feel like they have lost their best friend,” he said. “I would like to challenge myself to have that kind of impact on others.”

Several years ago, as a joke, Franklin persuaded Barfield to pretend they were engaged for a day and the two changed their Facebook status to indicate that.

“I love thinking I made all the other gay men in Atlanta jealous,” he said.

Speaking at both the December 17 and January 9 events was Tony Kearney.

“Thirty years ago, I moved to a little town called Athens, Georgia,” Kearney said. “I was going to be there for two years, but the people there changed my life. I remember meeting Lynn as a student, and there was joy emoting from her body. We became friends. I joked with her [later in our friendship] that she was Facebook before Facebook. She was the networks of all networks.”

Kearney, who performed as Wild Cherry Sucret as a member of the Armorettes, wore a dress of Barfield’s the first time he did drag, with his group The Sucrets at the Boybutante Ball.

“‘Best of My Love’ was our first song — and Lynn was the best of our love,” he said.

All who met Barfield have a story, and I have mine. Like so many, I met Lynn when I lived in Athens after attending the University of Georgia and she was one of the first people who offered unequivocal support after I came out.

Barfield was ordained to officiate weddings and a few weeks before her passing officiated the wedding of friend Bruce Twee Roy Jr. (Thuy Nguyen) and SeoulJuicyDior (Courtney Nguyen).

Doug Craft, one of the managers of Blake’s, said Barfield was an uplifting person, always looking for the positives in life. Both huge football fans, they would attend games together, both for Barfield’s Georgia Bulldogs and Craft’s LSU Tigers. Sensing how the community was hurting because of her passing, Craft decided to host a service for Barfield after the holiday rush was over — on the night of the College Football National Championship.

“It’s weird how God let Georgia win that [semifinal] game [against Ohio State] at midnight, and we had her [national championship] tailgate party here,” he said.

Georgia trounced TCU to win its second consecutive championship and close friends, even those who normally root for other teams, knew how happy that would have made Barfield.

Jim Smith, one of Barfield’s closest friends, also remembered her at the December 17 memorial service. He said he felt there wasn’t anyone Barfield didn’t get along with.

“She was magic, lightning in a bottle,” Smith said. “She knew how to light up a room. I don’t know what I am going to do without her. She could be so mad at something one day and the next day let everything go. Life is too short. Don’t hold grudges. Live every day like she did, and love like she did.”