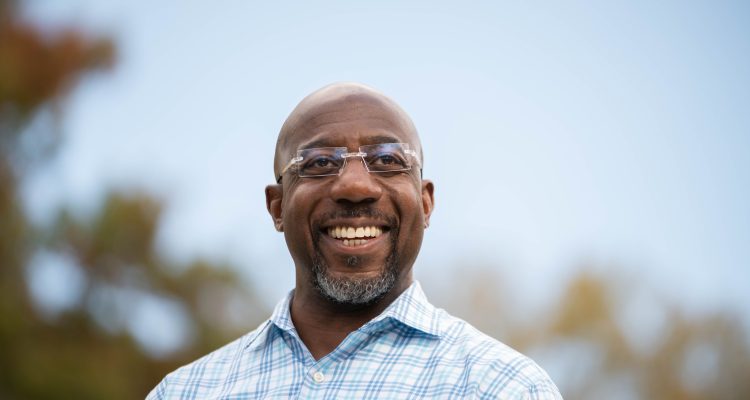 The stakes in the upcoming runoff election for the U.S. Senate are high for members of the LGBTQ community and people living with HIV in Georgia.

After defying past mid-term election precedence and thwarting Republican control of both houses of Congress, all eyes remain on the Georgia Senate race between Democratic incumbent Sen. Raphael Warnock and his Republican challenger Herschel Walker. The two candidates are headed for a December 6 runoff as required by Georgia law when neither candidate secures more than 50 percent of the votes.

GLAAD and Georgia Equality have documented the candidates’ records on LGBTQ equality overall and are urging national and state-based reporters to continue to ask questions about those records throughout the runoff. Less explored – if at all – their records on HIV prevention, treatment, and funding, including how Sen. Warnock has incorporated his background as a faith leader into the fight against HIV, and what Mr. Walker has said, or done, about and for people living with HIV.

Rev. Duncan Teague, an openly gay minister and Senior Pastor of Abundant LUUv Congregation in Atlanta, says a Walker victory  would be the demise of many things that we need as citizens of this state, regardless of our HIV status.

With the November 1 closure of Atlanta’s Wellstar Medical Center, a vital healthcare facility for many of Atlanta’s low-income residents, some critics say Walker is unprepared to tackle the complexities involved in providing accessible and affordable healthcare and equity to Georgians, some of whom are living with HIV.

“Mr. Walker is probably a gifted man, but he has no business in the Senate of the United States,” Teague says.

According to the 2019 HIV Surveillance Report from the Centers for Disease Control and Prevention (CDC), Georgia ranked fourth in the nation for the total number of new diagnoses of HIV among adults and adolescents, with Black gay and bisexual men accounting for 37 percent of cases among all gay and bisexual men.

During his first Senate run in 2020, Warnock pledged to work to make prescription drugs, including PrEP—the FDA-approved daily pill regimen used to prevent HIV acquisition—accessible and affordable and to support increased funding for HIV prevention, treatment, and research. Warnock delivered on this promise in July when he and fellow Georgia Democratic Sen. Jon Ossoff secured nearly $4 million in funding from the U.S. Health Resources and Services Administration for several metro Atlanta AIDS service organizations.

In contrast, Walker has not publicly declared a position on HIV or his plans to combat the epidemic in Georgia.

“The times that I, as a state legislator, needed to secure new resources for Metro Atlanta from the federal government, I had someone I could go to in [Sen.] Raphael Warnock,” Cannon says.

“Georgians would no longer have a senator who understands why this [HIV] work is important,” she says, while contemplating the possibility of Walker ascending to power and what it will mean for the fundamental rights of people living with HIV.

Before Warnock entered politics, he made national headlines in 2010 for taking an HIV test in front of his Ebenezer Baptist Church congregation.

“We don’t like to talk about these things in church, but the church is precisely the place where we must confront this issue,” Warnock said from the pulpit at the time.

Teague says Warnock succeeds in an area where many pastors have failed by not committing harm.

“Sen. Warnock could have done deliberate and great harm to the Black gay community. But he’s never stood in the way of somebody getting what they needed. He has helped,” Teague says. “I know he has served folks sitting in those pews who had HIV and are now gone. And they left here knowing their pastor loved them,” he says.

“What affects one of us affects us all. How we treat the marginalized is the acid test of our faith,” Warnock said during an interview addressing his LGBTQ allyship and HIV advocacy in 2020.

In recent months, Warnock has also addressed vaccine equity in the monkeypox (MPV) outbreak that has disproportionately affected Black gay and bisexual men, often resulting in severe cases that intersect with untreated HIV and homelessness.

“Any federal targeted response and aid must not inadvertently stigmatize the ongoing public health crisis, but there should be intentional outreach to get resources to impacted communities,” wrote Warnock in a joint statement with Osoff in August.

Cannon notes Warnock’s allyship with pro-equality groups including The Human Rights Campaign (HRC), which hasn’t always been the case for politicians in power, especially from The South.

“They’ve never before been able to have someone who would sponsor The Equality Act to go in tandem with the Respect for Marriage Act,” Cannon says before acknowledging how HRC and others have had to become accustomed to having a pro-equality Senator from Georgia.

“I trust the direction that he’s headed in, but there needs to be more,” says Tori Cooper, Director of Community Engagement for the Trans Justice Initiative and the first Black trans woman appointed to the President Advisory Council on HIV/AIDS.

“I do consider him an ally. I also understand the nature of politics. Obama and other Democratic leaders had to play it safe in their first term. I hope to see him take an even greater stance on LGBTQ rights because he has such an influence on so many different people, certainly folks in the church,” she says.

Warnock has used his bully pulpit to counter what he calls the “unholy trinity” of silence, shame, and stigma surrounding HIV. And like Black pastors that preceded him, in 2014, Warnock leaned into protest and non-violent resistance after being arrested outside the U.S. Capitol for protesting Republicans’ refusal to expand Medicaid.

Three years later, he was arrested again in Washington, D.C., during a protest in the rotunda of the Russell Senate Office Building against former President Donald Trump’s proposed budget cuts. The budget would have slashed funding for PEPFAR—the federal program aimed at combating HIV/AIDS in the world’s poorest countries—by 17 percent and totally eliminated federal funding for AIDS education and training centers, according to reporting by The Daily Beast.

In March 2021, Cannon was also arrested outside Gov. Brian Kemp’s office for protesting a controversial voting rights bill. She says upon her release, she expected to see the media and her loved ones waiting but was overcome with gratitude when Warnock was also present.

“He flew down from Washington that day to be with me as I came out of jail,” Cannon says. “He understands in real time what it means when you speak truth to power, and that is leadership. And he understands success as this idea of learning and listening to communities.”

Cannon believes the pro-equality senator is just getting started.

“We need someone who understands the long-term bipartisan approach,” she says. “I believe Warnock will be one of the strongest members of Congress, and he could even become one of the leaders.”

Darian Aaron is Editor-At-Large of The Reckoning, an award-winning Black LGBTQ digital publication powered by the Counter Narrative Project. He is also a contributing writer for Q Digital and the recipient of the 2022 NLGJA award for Best Feature Writing-Non Daily. Follow him on Twitter @darianoutloud.