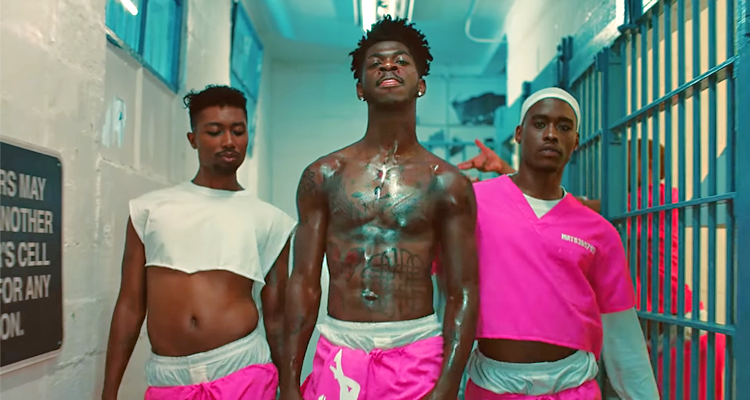 Songs of the Summer

Tracks to check out this season from our favorite queer musicians.

Music is so integral to the summer experience that Spotify updates personalized “Summer Rewind” playlists for their users every summer season with the songs they bopped to the most in previous years. Therefore, keeping your finger on the pulse of the songs of summer means keeping a pulse on what’s hot in popular culture right now.

The music gay icons release not only heavily shapes LGBTQ culture, but also the rest of the social landscape as well. Here’s what’s new from some of our favorite queer musicians.

Just after celebrating his “Montero (Call Me by Your Name)” music video reaching one million dislikes (mostly by people made uncomfortable by its gay or Satanic iconography), Lil Nas X released “Industry Baby” with Jack Harlow. The music video shows him shining his Grammy awards and straightening his platinum plaques to let the haters know that no matter what they think of him, his sexuality, or his music, he’s still thriving. The video goes on to show him escaping from a prison cell while decked out in a hot pink prison uniform. He also released an “uncensored” version of the video that seemingly freezes on a running shower head, effectively trolling all of the seven million viewers that clicked on the “X”-rated video.

Kim Petras recently teased her newest song via an Instagram livestream of her Lollapalooza set. Her website invites you to “pre-save” her new single, “The Future Starts Now,” in order to unlock an eight-second clip of the tune. Once you hit the pre-save button, her signature sound (“Oui-Ah!”) plays. The clip teases listeners with an upbeat dance tune featuring Petras singing, “Don’t give up the future starts now!” Her much-awaited new album is rumored by fans to be heavily influenced by French electro music, and some have speculated that she’s completely ditching all sad songs and ballads this go-round.

Multi-platinum pop superstar Jessie J is no stranger to releasing summer hits. One of her biggest hits, “Price Tag,” infiltrated the air waves in the summer of 2011. In the lead-up to her much-anticipated 5th studio album, she has teamed up with Berlin-based producers Twocolors and gay icon Billy Porter to release a remix of “I Want Love.” The song builds under Jessie J’s powerhouse voice until it bursts into a dance beat as she proclaims that she “wants love.” Porter’s voice proves there’s truly nothing he can’t do as he keeps up with Jessie J, crooning over the infectious beat that simply makes you want to get up and dance.

Rigel Gemini and Gia Gunn serve looks in their music video for “It’s the — For Me.” This isn’t the first time the “RuPaul’s Drag Race” alum has teamed up with the Atlanta local for a musical project. The two teamed up alongside Alyssa Edwards for Gemini’s “I Can’t” in June 2020 for a pandemic-friendly music video. Inspired by the phrase popularized on TikTok, “It’s the — For me” will make you want to get up and strut your stuff whether you’re on the runway or in the cereal aisle.

Atlanta-based pop/EDM artist Norwood is virtually teaming up with London-based producer Tiago Antunes to bring us the relatable tune “Maskerade” this summer. The duo linked via FaceTime to create a piece of work anyone trying to date during a pandemic can relate to. Norwood’s rich voice describes how “distancing socially makes [him] emotionally numb.” He describes the frustrations of online dating and trying to find “the one” but only finding heartache. If you’re one swipe away from giving up on love, this jam might just be for you.

Big Freedia teamed up with Tank and the Bangas and Soaky Siren in order to release “Betty Bussit” late this June. The track begins with a remixed sample of Betty Boop and quickly launches into an upbeat tempo that begs to be danced to. Big Freedia is also featured among a long list of highly accomplished artists for the new “Space Jam: A New Legacy” soundtrack. In an interview with Rolling Stone, “Space Jam: A New Legacy” director Malcolm D. Lee stated that he views the original “Space Jam” soundtrack as a “cultural turning point” as “it came at a time when soundtracks for movies were just exploding, particularly when it came to African-American music — hip-hop and R&B … we [have] a high bar to reach.” Big Freedia helped them hit that bar with track 13, appropriately titled “Goin’ Looney.” The track features Freedia’s signature sound as well on theme lyrics like “shoot your shot” and “we on the clock.”

Another Atlanta native to watch is the up-and-coming GodisMikey. Pre-COVID, he teamed up with Zé Taylor to open for Rico Nasty’s The Sugar Trap Tour on her Atlanta stop. He recently hopped on the remix of “Goofy Bitch” with President Ward to deliver a danceable rap tune, and he also dropped “Heat (Sneak Dissin’)” in early April, which sounds as if it would fit right along with any chart-topping rap song released this year. The track asks, “If you real, then why you sneak dissin’?”