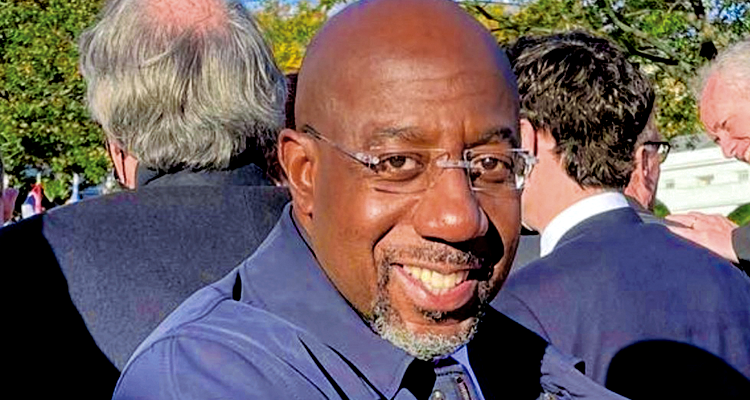 The Ally All Georgians Deserve

My uncle’s death from AIDS-related illnesses in 1989 was a defining moment in my life. I was too young when he died to fully comprehend the complexities of the disease that ended his life. However, as I grew older and learned more about my uncle’s life, and as I came to embrace my own sexual identity, I wanted to understand why he died and what could be done to prevent others from acquiring HIV, the virus that causes AIDS. This desire helped me to find purpose, fueled my nascent activist spirit, and shaped my educational and career trajectory. I earned my bachelor’s degree in sociology and community health at Brown University and master’s degrees in public health and social, behavioral and health education sciences from The University of North Carolina at Chapel Hill and Emory University. Over the past two decades, I have worked tirelessly to address the impact of HIV on Black and Brown communities in a variety of positions within public health institutions at the local, state, and federal levels. Each of these experiences equipped me with tools to contribute to the collective work to end the HIV epidemic in the United States.

As a Black gay man who grew up in Georgia—which remains the epicenter of the epidemic as the state with the highest rate of new HIV diagnoses in the nation—I know that if we can end this epidemic, we can create a better Georgia. But to do that, we have to be united under strong leaders who put Georgians first.

In recent years, many states have begun passing harmful legislation that attacks the lives of LGBTQ people. Along with the reversal of Roe v. Wade, Supreme Court justices suggest that there may be further attacks on the right to marry who you love and other freedoms. Honestly, it all feels pretty terrible right now. But I am still hopeful.

I am hopeful because, during a time that feels so dark, having Reverend Warnock represent Georgians in the United States Senate is a point of light and pride. As a Black gay man growing up in Georgia, I never imagined I would one day have an ally like Reverend Warnock as my Senator. He is not only a Black man but also pastor of Ebenezer Baptist, a church that is such a storied part of Georgia’s civil rights legacy. Continuing the Rev. Martin Luther King Jr. and Coretta Scott King’s commitment to freedom and justice for all, including those of us who are LGBTQ, Reverend Warnock has proven himself a champion for equality and a steadfast ally in the Senate we need, especially during hard times like these.

Reverend Warnock has been a longtime HIV advocate and has always listened to members of Georgia’s LGBTQ community. When he was elected to represent Georgians in Washington, he brought our voices with him. With Reverend Warnock, we know we have a Senator who fights for us, not against us. I take pride in having a Senator who helped pass hate crimes legislation and is a co-sponsor of the Equality Act, which would protect members of the LGBTQ community from being denied housing, employment, medical care, or service just because of who we are. As a person who has dedicated his life to protecting and improving the health of the public, when I see that my Senator is fighting to lower prescription drug costs and expand access to Medicaid, I know these are policies that will not only lower costs, but will also save lives.

Georgians need a leader who will fight for all of us and reject hatred and division, imperatives central to the health and well-being of our communities. As a growing body of academic research exploring the connection between anti-LGBTQ public policies and health outcomes has shown, including my own research on HIV, attacks on our communities will be detrimental to the mental and physical health of so many of us. It is vital that we choose the best person to represent us in the United States Senate, one who respects the impact their decision making can have on our well-being.

Reverend Warnock has shown us time and time again that he is a leader who fights for all Georgians, in every community across the state. He is a leader we can trust to fight for us, not against us. I’m proud to support Reverend Warnock because with him in the Senate, I know we’ll have a fearless fighter who understands equal protection under the law cannot just be enjoyed by some Georgians, it must be for all Georgians.

Justin Smith is an Atlanta-based HIV and LGBTQ health scholar-advocate.