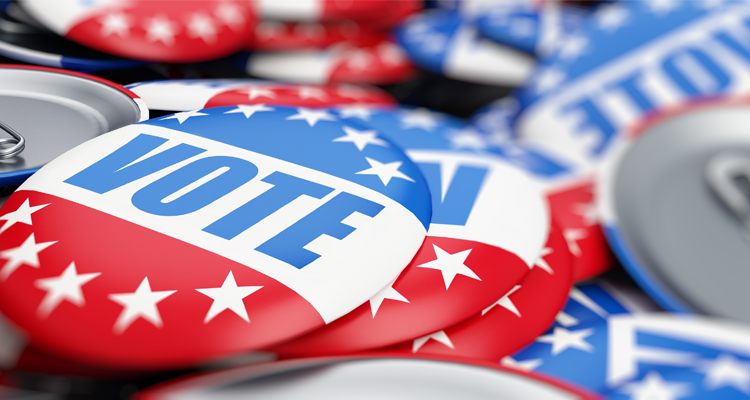 Many political analysts will be watching the November 8 election returns to gauge the health of American democracy and see which political party will control the U.S. Senate and U.S. House. For LGBTQ news watchers, there are several specific contests Tuesday night that will both contribute to that overall political landscape and make important LGBTQ history. Here’s what to watch:

One of the more likely highlights of the evening will be the election, for the first time in U.S. history, of an openly lesbian candidate as governor of any state. (Bisexual Kate Brown was the first openly LGBTQ person to be elected governor when she won a special election bid in 2016; Jared Polis became the first gay man when he was elected governor of Colorado in 2018.)

This year, in Massachusetts, State Attorney General Maura Healey, a popular Democrat in a deeply blue state, is expected to coast to victory over a Trump-backed Republican become Massachusetts’ next governor.

In Oregon, where voters have rejected Republican candidates for governor for decades, Democrat Tina Kotek, former speaker of the house, polls about one percent behind a well-funded Republican. Kotek has had to contend with a third-party candidate who appears to be drawing 10 to 15 points from voters who would otherwise vote Democratic.

Meanwhile, in Colorado, Polis appears poised to win his second term as governor, with polls showing him with an 18-point lead or higher over his Republican challenger.

Eight of nine incumbent LGBTQ candidates in the U.S. House are running for re-election, and half have a cakewalk to the next term: Mark Pocan (Wisconsin 2nd), Mark Takano (California 41st), David Cicilline (Rhode Island 1st), and first-termer Richie Torres (New York 15th). The others have a tougher road to the finish line:

Sean Patrick Maloney (New York-17th CD): Democrat Maloney is seeking his sixth term to represent a district in New York. But, because of redistricting, he had to choose whether to run in District 18, his original district, or District 17, where his home is located under the new map. The complication: District 17 was the district being represented by another openly gay representative, Mondaire Jones. Much to Jones’ chagrin, Maloney chose District 17. Now polls suggest Maloney’s race against Republican candidate, state Assemblyman Mike Lawler, is a toss-up. And Jones’ efforts to be on the 10th district ballot fell short.

Angie Craig (Minnesota-2nd CD): Minnesota’s 2nd Congressional district race is always a nailbiter, including this year, as the two-term Democrat faces the same Republican opponent she beat by only two points last time. In the strangest of twists, just like during the 2020 race, a third-party candidate’s name is also on the ballot even though that person is dead. In 2020, the dead candidate won six percent of the vote (voters are not alerted if a listed candidate is deceased).

Chris Pappas (New Hampshire-1st CD): Democrat Pappas, New Hampshire’s first openly gay member of Congress, is running for a third term in a congressional district that has been split evenly among Democrats, Republicans, and non-affiliated voters. After winning his first term by 8.6 points, he won the second term by 5.1 points. Now, former President Trump has promoted a Republican challenger, Karoline Leavitt, and fivethirtyeight.com’s analysis of the polls as of October 28 suggest Pappas has a 4.8 point lead. RealClearPolitics.com says it leans Republican. Leavitt has spoken out against trans women athletes and self-accepted pronouns, and she would support Florida-like “Don’t Say Gay” legislation.

Sharice Davids (Kansas-3rd CD): Democrat Davids is facing her 2020 challenger and a more Republican-leaning district this year, thanks to redistricting. The latest polling indicates Davids has a strong lead (14 points), suggesting that abortion may be more of a factor there. Kansas voters in August overwhelming rejected an effort to give the state legislature power to ban all abortions in the state. Davids supports the right of women to obtain an abortion; her Republican opponent Amanda Adkins says she’s “pro-life” but thinks the issue should be decided at the state level, not federal government.

The Gay and Lesbian Victory Fund is supporting eight new candidates for Congress this year:

Becca Balint (Vermont-At-Large CD): Democrat Balint, president pro tem of the Vermont Senate, is making her first bid for the state’s one U.S. House seat and is expected to win easily against Republican Liam Madden.

Eric Sorenson (Illinois 17th CD): Democrat Sorenson is given a slight odds to win this open seat previously won by a Democrat by a narrow margin.

Jasmine Beach-Ferrara (North Carolina 11th CD):  Democrat Beach-Ferrara is a county commissioner, ordained minister, and LGBTQ activist in the state. She’s vying for an open seat vacated by a Democrat near the more progressive Asheville area.

Will Rollins (California 41st CD): Democrat Rollins is a former prosecutor who has worked on cases against some of the January 6 insurrectionists. He’s running against an anti-gay incumbent who has a zero score on LGBTQ votes in Congress.

Jamie McLeod-Skinner (Oregon 5th CD): Democrat McLeod-Skinner has a fighting chance to win her first bid for Congress. Fivethirtyeight says the education, health, and clean water activist is in a “dead heat” with her Republican opponent. She’s also won the endorsement of the state’s biggest newspaper, The Oregonian.

Heather Mizeur (Maryland 1st CD): Democrat Mizeur, a former state legislator, is given very little chance of unseating the pro-Trump incumbent in her district, despite her impressive campaign for governor eight years ago.

Robert Zimmerman (New York 3rd CD): Democrat Zimmerman has a decent chance to win his bid for this open seat, previously held by a Democrat. He’s a former aide to members of Congress and political commentator.