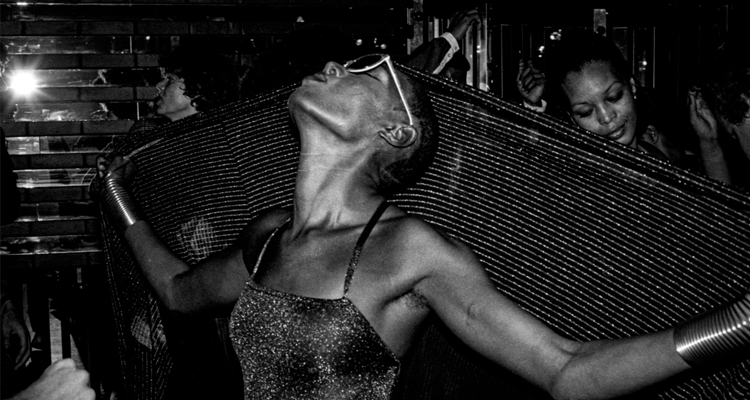 When it comes to history, there may not be a way to learn from and feel the truth of the past quite like art. Starting February 8, 200 years of Black history will be on display at Spelman College Museum of Fine Art in an exhibit titled Black American Portraits. The exhibit depicts Black figures in a range of media, such as painting, drawing, prints, photography, sculpture, mixed-media and time-based media and opens alongside the release of a book by the same title, co-edited by the co-curators of the exhibit, Spelman College Museum of Fine Art Executive Director Liz Andrews and Tate’s Britton Family Curator-at-Large Christine Y. Kim.

Andrews spoke to Georgia Voice about the upcoming exhibit and book, the radical power of portraiture, and the impact of displaying Black joy and abundance amid a narrative riddled with violence.

Tell me about the exhibit and what people can expect to see, as well as the curation process — what were you keeping in mind when looking for pieces to include?

The opportunity to put together this exhibition arose in the summer of 2020. We all know what was going down then: the pandemic, the pandemonium, the unrest. That was a time, that we’re still in, when there were very serious calls for organizations like museums and cultural institutions to put their money where their mouth is. Everybody talks about diversity and inclusion and these values, but so often it is all talk or just surface level. So, we knew that people were going to come out in droves for the Obama portraits … We wanted to use that as an opportunity to give people a history.

Portraiture is a tool of power that has been used for centuries. For example, traditional portraiture that we inherit for Europe is a way for monarchs and wealthy people to create an image for all of time — not necessarily an accurate image, or the most realistic image, but an idealized image. Portraiture is something that Black Americans have used for the entire existence of this nation to present a counternarrative, because of course the images of Black people that were used to justify slavery were these caricatures: the mammy figure, the Sambo figure, loud, ignorant, uneducated. We wanted to show people that portraiture is something that has been seized by Black Americans in order to present images of our own making…

With this exhibition, it covers over 200 years of art, the earliest piece being a painting of a sailor believed to be Paul Cuffe, and that’s from 1790 or 1800. It goes through the invention of photography, the early 20th century and the Harlem Renaissance, the ’60s and ’70s Black protest art from the Civil Rights Movement, through the ’90s and the emergence of identity as an organizing factor for art and academic disciplines. And it goes all the way through today; the newest work in the show is being finished right now. So there will be a work from 2022 that will only be at the Spelman presentation by the artist Calida Rawles.

People can expect to arrive at the gallery and see a very full history, see work from across time and across media; we have everything from paintings to sculpture, we have collage, we have photography, prints…

We will have a total of 118 works; 114 of them are coming from Los Angeles County Museum of Art [LACMA] and then we have four new acquisitions from Spelman that we’re adding … We wanted to make sure that women-identifying artists were front and center, and also that we took it as an opportunity to make some acquisitions for our collection.

I would like to talk more about what you said about portraiture as a tool of power, because you said something about a portrait being an idealized image of self. There’s this focus on Black love and abundance and these positive ideals that are in radical opposition to how Black Americans have been portrayed by the broader society throughout history. Can you talk a little bit about that and how this collection of portraits is a tool of power in and of itself?

Again, thinking about 2020, I remember when I first saw the eight-plus-minute video of George Floyd, and we’re seeing all these different images of violence on Black bodies. You need the visibility, you need people to see what’s happening, but at the same time it’s traumatizing to see that kind of violence inflicted on anyone, to have Black death and violence be so normalized in our psyche and in the images we see. So, this was also meant in many ways to be a salve, because we’re still living in the current state and aftermath of COVID-19 and everything that emerged out of that time, and there’s a very important space for art and images that make visible the violence and oppression of our nation, and I think there’s also an equally important need to joy, to be inspired by the beauty of life. Like you said, because the dominant lens of this nation, for the vast majority of our history, has demonized Black people, it is in some ways a radical act to say, ‘We’re going to look at images that humanize, that celebrate love and family and abundance — and complexity, it’s not all fluff but things that really can inspire.”

I’d like to shift to talk about the symposium y’all are hosting on March 2 and 3. Can you tell me about that and the speakers who will be presenting?

That I’m very excited about. When you very first walk into the gallery … you walk through this central path and there’s a wall right in front of you that’s … the first thing you see. On that wall, will be two very large paintings … on the left there will be a painting by Amy Sherald, who did Michelle Obama’s portrait for the National Portrait Gallery, and then on the right a figurative painting by Calida Rawles … to the left of those two, there will be a quilt by Bisa Butler of Chadwick Boseman.

Our opening night panel is going to be moderated by Naima Keith, who is a curator and the head of education and public programs at LACMA. She will be moderating a panel of those three artists, and they’re all women-identifying artists that graduated from HBCUs … I think there’s a really powerful story to tell about the fact that these three women artists all were nurtured by and honed their artistic skills at HBCUs. So, the opening night of the symposium will be that panel with those three artists, and then we’ll have the art historian Bridget Cooks speaking, we’ll have [photographer] Deborah Willis, we’ll also have performances by both alumni and professors from Spelman College … It’ll be a nice, primarily women-centered gathering of the minds: curators, artists, and art historians.

To shift again to this book you’ve been working on, tell me about that.

The book is meant to be an evergreen commemoration of this collecting effort and this exhibition. It also features over 200 years of art — it’s not all the works in the show, and there are works included in it that are not in the show that are in LACMA’s collection. It’s kind of a statement taking ownership for the fact that LACMA has, like most other major art museums, missed the mark for decades at a time when it comes to showing art by artists of color, by Black artists. So, it has essays by myself — I did an essay on works from LACMA’s collection on photography — my co-curator wrote an essay about the collection effort, there’s an essay by Hilton Als that I think will really impact people. Jeffrey Stewart has an essay called “Beyond the Master” that I think is excellent because it talks about the ways that portraiture has traditionally been reserved for the upper classes, for upholding white supremacist capitalist patriarchy. Then there’s a big section of plates of gorgeous images of works that are in the collection.

The exhibition was inspired by a show done in 1976 by David Driskell called Two Centuries of Black American Art. It was pretty much the first major museum survey of Black American art ever, and it originated at LACMA. The exhibition itself was very powerful, but the catalog was and is for some people like a Bible, it’s such a foundational text. So, putting together not just an exhibition that comes and goes away, but having the works in the collection for generations to see and then having a book that people can go to at any time and any place and learn through essays but also just learn through the images, was really important to us. I imagine [the book] having a life on its own.

Do you have anything you’d like to add that we didn’t cover?

We have a public opening reception on Friday, February 10, from 6pm to 8. It will be a celebration of the show, and we really want people to come out. The show is on view from February 8 through June 30, and the gallery hours are Wednesday through Saturday, noon to 5. A lot of museums have a steep entry price, frankly, but the museum is free and open to the public. We hope that people come out to see this show because … I love all the contemporary stuff by artists working together, but there’s also such incredible work by artists who were working 100 years ago who laid the groundwork for all the incredible things that we see today.

I know this is a specifically LGBTQ publication, and we very much made an effort to be inclusive and to have work that represented many different kinds of families and identities within Blackness, because we are not a monolith.