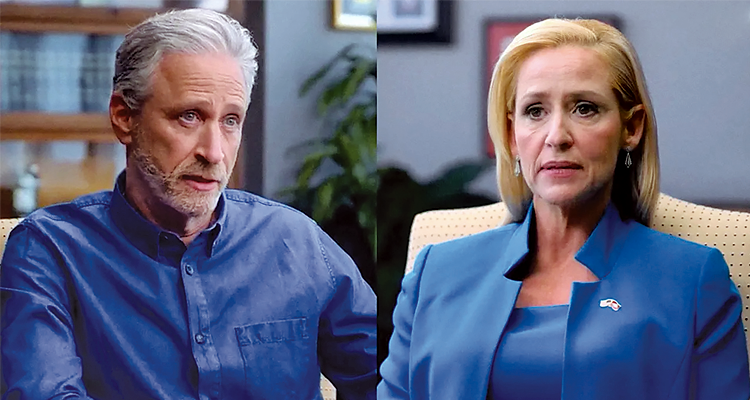 Arkansas’ House Bill 1570, or the “Save Adolescents from Experimentation (SAFE) Act,” outlawed gender-affirming surgery and “cross-sex” hormone therapy for individuals under 18. At the time of writing, the law is undergoing a two-week federal trial, which began in the U.S. District Court for the Eastern District of Arkansas on Monday, October 17. The results of this trial will “determine the trajectory of challenges to similar policies going forward,” according to TIME Magazine.

District court issued a preliminary injunction, which prevented the law from going into effect, in July 2021. This bill is the first of its kind to ban gender-affirming care. However, 22 other states have followed suit.

The American Medical Association (AMA), founded in 1847, is the largest association of physicians, functioning as an ally to patient care and promoting “the art and science of medicine and the betterment of public health.” As of 2016, the AMA has over 240,000 members. Regarding gender-affirming care for minors, the AMA asked state governors to oppose state legislation, like Act 626 of 2021 in Arkansas, “that would prohibit medically necessary gender transition-related care for minor patients.”

The American Academy of Pediatrics, founded in 1930, boasts 67,000 members in primary pediatric care and subspecialist areas. The AAP should not be confused with the socially conservative advocacy group, the American College of Pediatrics, founded in 2002 and with an estimated 500 members. The AAP also spoke against “legislation or regulation that would discriminate against gender-diverse individuals, including children and adolescents, or limit access to comprehensive, evidence-based care,” including gender-affirming care. The AAP also stated that “any discrimination based on gender identity … is damaging to the socioemotional health of children and families as evidenced by [an] increased risk of suicide in this population.”

The Endocrine Society, the world’s largest and oldest organization devoted to hormone research, which is made up of 18,000+ endocrine investigators and clinicians from more than 100 countries, states in its guidelines for gender dysphoria/gender incongruence resources that children and adolescents seeking gender dysphoria (GD) mental health professionals should only evaluate diagnoses with training in “child and adolescent developmental psychology and psychopathology … the ability to psychosocially assess the person’s understanding and social conditions that can impact gender-affirming hormone therapy … and knowledge of the criteria for puberty blocking and gender-affirming hormone treatment in adolescents.” For adults and adolescents, fertility preservation is recommended before hormonal therapy and recommended before puberty suppression in adolescents.

The Endocrine Society also advised against puberty-blocking and gender-affirming hormone treatment in prepubescent children because hormone treatment is “a partly irreversible treatment.” Adolescents under 16 should be treated by “an expert multidisciplinary team of medical and [mental health professionals].” Gender-affirmative care is not limited to hormone therapy. Still, it always includes psychological and psychosocial evaluation of patients, regardless of age, to provide them with comprehensive physical and mental care that reduces the risk of suicide and/or damage to socioemotional health.

The number of experts, physicians, mental health professionals, pediatricians, and endocrinologists who have studied and continue to study gender-affirmative care and hormone therapy and evaluated diagnostic criteria in the most accredited institutions this country (and the world) have to offer is far greater than the number of American teens who identify as trans. According to a study released in 2019 by the CDC, less than two percent of teens in the U.S. (publicly) identify as trans, which equates to around 300,000 individuals. Yet, former Arkansas Attorney General Leslie Rutledge swears that there are experts who know better.

In an interview with Jon Stewart, the candidate for Lt. Governor could not name organizations “off the top of her head” supporting legislation that denies gender-affirmative care to minors. Stewart sat with former Attorney General Rutledge to discuss the bill’s blatant disregard for human rights for his show, The Problem with Jon Stewart. In a viral excerpt, Rutledge fumbles question after question, conflates hormone therapy and gender-affirming care, and makes up percentages to push her and the Republican Party’s agenda.

Rutledge is the first woman and the first Republican to be elected Attorney General of Arkansas. As an Arkansas lawyer, Rutledge practiced administrative, state, local, and election law. Nowhere in her background does she have experience in pediatric or endocrine medicine or medical law. In fact, only two of the 46 representatives who drafted the bill hold medical degrees: Rep. Joe Cloud (R) and Rep. Aaron Pilkington (R). None of the senators who drafted the bill hold degrees in medicine.

The SAFE Act outlawed gender reassignment surgery and “cross-sex” hormone therapy for individuals under 18 in the state of Arkansas. The only medical organization cited in Act 626 of 2021 is the American Psychiatric Association, which provides percentages of natal adult males and females that experience “distress at identifying with their biological sex.”

One individual, Chris Attig (parent of a trans son, attorney, and former U.S. Army captain), was arrested on March 9 for exceeding the two-minute allotment for testimony regarding HB1570. Attig was removed and subsequently arrested for exceeding the time limit by 30 seconds.

Attig told “them,” an LGBTQ publication, “It was just shocking sitting there in jail thinking that this is what happens when you speak to people about how their proposed laws are affecting your children … They don’t want to hear it. They put you in jail.”

According to “them,” only opponents of the bill had limits on time for testimony. Right-wing groups supporting the bill were allowed to speak for upward of 40 minutes.

Legislation that disregards longstanding, accredited associations and organizations to push ideas and standards that are outdated and illegal to enforce is not reliable. A system of government that can allow such legislation to get so far should be dismantled. Now, thanks to such a government that let the SAFE Act get this far, bills like HB1749, which would let teachers misgender and deadname students, and HB1882, which would give someone grounds to sue if they happen to share a restroom with a transgender person, exist. These bills are only in Arkansas and do not include the other 22 states that have drafted similar legislation.

This legislation is anti-LGBTQ, specifically antitrans, and reinforces transphobia and homophobia in the U.S. This will violate the Fourteenth Amendment and be responsible for ending the lives of many who seek gender-affirmative care and safety for all LGBTQ adults and adolescents. Regardless of belief, it is the duty and responsibility of legislators to protect all people, especially children, and the failure to do so is a failure of the system.

For decades, conservatives have placated Americans with ideas of a less intrusive government, family values, and fiscal security. Still, they have failed, for decades, to follow through on any of those promises and even intrude more than any other political group.

Where do we draw the line as far as government intrusion is concerned? It doesn’t seem to stop in the bedroom for same-sex couples; it doesn’t stop for the female reproductive system; it doesn’t stop for children seeking lifesaving, gender-affirming care, so what is off-limits? Guns. Insentient fetuses. Insider trading.

Systemic issues abound; the SAFE Act is one example of the unreliable system of American democracy, but the trial’s outcome will determine if the lives and safety of LGBTQ people are protected. It’s hard not to be disappointed by the idea that the fated well-being of over one million transgender individuals and 30 million LGBTQ people hinges on the debate over whether or not violating the Fourteenth Amendment is lawful.