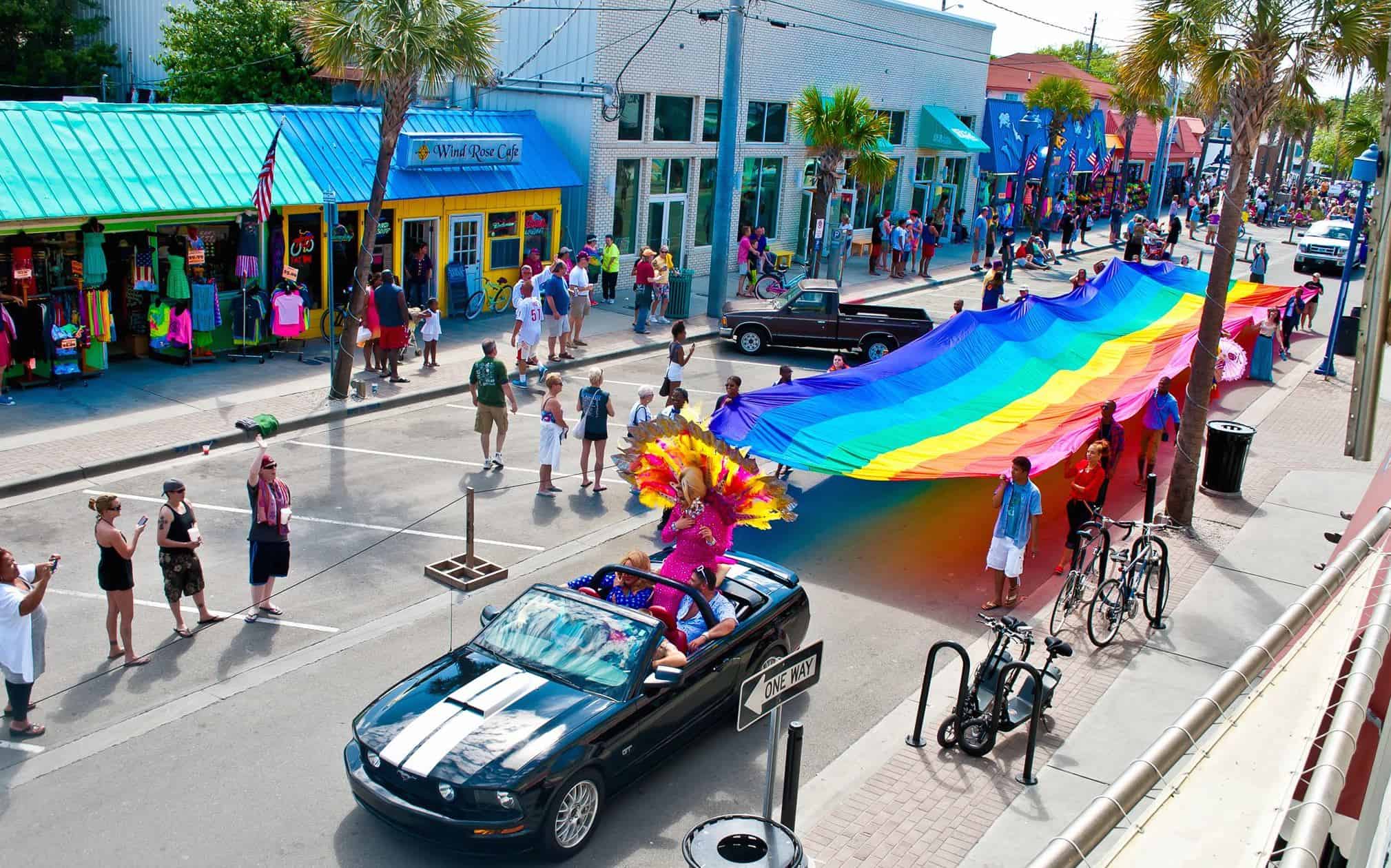 Georgia’s Tybee Island has a heart of LGBT gold

When the people behind gaytybeeisland.com got together in 2013 to talk about putting together Tybee Island’s first LGBT Pride festival, they received support from a business community and a mayor that were eager to showcase the island and its open-minded nature.

“They were looking for a festival and we had an idea for one, so they invited us to do it,” says promoter Angie Horne.

But word soon got around to some neighbors to the north in the town of Sylvania, who called Mayor Jason Buelterman’s morals into question.

“I reached out and informed them that it’s a free country and we’re happy the organizers selected Tybee to have this event,” Buelterman says.

A Tybee resident also called him out in the local paper for serving as a judge at what the writer called the “malodorous event.”

“I called the guy who wrote it and said why I did it and that I’d do it again,” Buelterman says. “We welcome them back not only that weekend but throughout the year.”

It’s that kind of support that has led to the success of the 3rd Annual Rainbow Fest that took place in the first week of May, further cementing Tybee Island’s status as the Georgia beach town with a heart of gold just a tank of gas away.

‘They just take it as is and everybody’s happy’

There have been high profile LGBT members of the Tybee Island community going back much further than the first Rainbow Fest. Lesbian restaurateur Jenny Orr opened up popular seafood spot Fannie’s on the Beach back in 1992, then later opened up Marlin Monroe’s a few blocks north.

“Those were some of the beginning places that were gay friendly before anyone knew anything about that,” Horne says.

Chad Fair is a self-described Yankee who moved to town in 2005 with his partner and opened up the Tybee location of Bernie’s Oyster House in 2006 (there is another location in Savannah with different ownership).

“Being gay and lesbian is more accepted up north because Georgia is southern and all that, but oddly enough when we moved down here, everybody knew we were gay,” Fair says. “You just fall in love with Tybee. It’s non-judgmental. We have tourists in from all over and they just take it as is and everybody’s happy.”

Fair compares the beach town to a “smaller version of Key West.”

Orr and Fair hosted several Rainbow Fest events at their restaurants, but so did several businesses with straight owners, including Coco’s Sunset Grill, North Beach Grill and AJ’s Beachside.

The residents of Tybee Island are eagerly awaiting the expected decision from the Supreme Court on marriage equality come late June.

“Tybee is so laid back and always has been. Everyone that I’ve met supports it,” says Horne, who is also the organizer of an LGBT Wedding Expo that will be held August 30 in Savannah.

Mayor Buelterman says he and the city are ready to work on accommodating a ruling in favor of marriage equality and making sure same-sex couples who get married receive the benefits they’re entitled to.

The Beachview Bed & Breakfast has opened up a new pavilion perfect for weddings, and the beautiful Tybee Island Wedding Chapel confirms that they are ready and eager to welcome same-sex couples once marriage equality becomes the law of the land in Georgia.

1. The Lighthouse
Tybee Light Station is Georgia’s oldest and tallest lighthouse and worth the 178-step climb to the top.

3. The Beach
Of course! There’s five miles of room to roam on this mainstay of top 10 best beach lists each year.

Third Thursdays on Tybee
May 21 from 5:30 to 7 p.m.
Downtown Tybee at the Tybrisa/Strand roundabout
The island’s outdoors spring music series.

Independence Day Fireworks
July 3 at 9:15 p.m.
Staged on the pier, viewable from any of the island’s eastern beaches