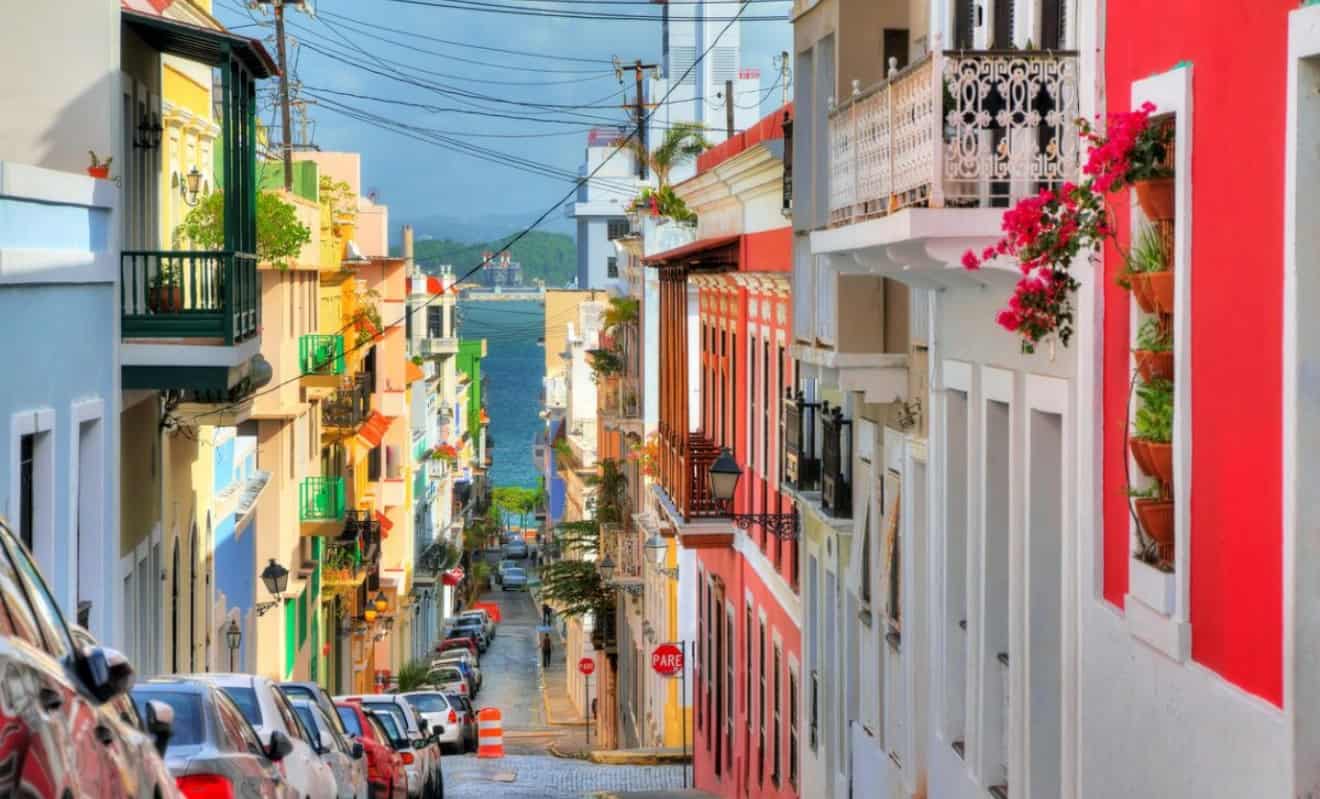 Puerto Rico buckled down as best as it could, but Hurricane Maria pounded the mainland (and its gorgeous satellite islands) into water-logged, mudslide-addled submission. The lights went out, people went missing, clean water became scarce, and energy was nowhere to be found, forcing the island into  an indefinite power-down mode. In some parts, the devastation maintains its grip.

The thing about the people of Puerto Rico, though: They take care of business. Bit by bit, the pieces are being put back together, but with a good heave-ho in the form of a tourism boom, we can provide some much-needed support and get that gorgeous destination back into shape.

LET’S BOOK
The round-trip ticket was $300, and I practically broke my keyboard furiously booking the flight. It was July — a tourist low-tide, which is something I love. The fewer folks milling about as I try and clear the cache of my headspace, the better. Additionally, if I get a chance to escape the swampy Southern weather, I bail like my hair’s on fire. Because it practically is, am I right? With a pillow as my carry-on, I slept like a baby until the wheels touched down in balmy San Juan, the capital of PR.

I hired a taxi into Old San Juan, a vibrant and happening district that juxtaposes then and now like none other — on your right, Castillo San Cristóbal; on your left, Burger King. (Gee. Thanks for the cultural coloration, BK.) Still, the call of seabirds and the thrum of street musicians nipped at my giddy feet as I made my way to a charming hotel built in the early 1900s. Was it beautiful and super-sanitary? Absolutely. Was it cheap? It’s me — of course it was cheap! (About $60 per night for an amazing room with a balcony and uber-stylish furnishings. It was called Da’ House Hotel, if you’re interested.)

But I wasn’t to stay on the mainland for long; I yearned for the virtual solitude I’d read about in travel mags.

EAT, DRINK, BE FERRIED
I rented a car and drove to the coastal town of Fajardo, where I parked and boarded a ferry for less than $3. My destination: the sleepy isle of Culebra. An hour or so later, I stepped off the boat and into the town of Dewey, where locals in trucks, vans, and taxis let me haggle for the most affordable ride out to Playa Flamenco.

Ten bucks later, I’m standing in a small office and forking over $6 a night to set up a tent under some palm trees by the beach. The temperature? About 80°. The wind? Steady and calm. The water? Like something out of a dream. Azure, mild waves, clear as crystal.

I made friends with the vendors who set up shop in little cabins and pavilions for a few hours, then head back home to Dewey once their workday is over. These are the folks who’ve pretty much retired in paradise, but make a few extra bucks by renting out tents and beach supplies to tourists. They also truck in grilling equipment and sell some damn-fine eats. It’s amazing to be free of grocery shopping  and keeping up with food items while you’re on vacation. Ditto just renting a tent for $10 a night and sleeping on a soft beach.

I’m admittedly not a fan of the thalassophobia that haunts me when people mention beaches. (Among many things water-related, it’s the fear of what lurks below, in the darker depths.) That’s all me — if I can’t see the bottom of whatever I’m swimming in, I’m in a full-fledged panic. Getting into the waters  of Culebra and swimming farther than I ever have, however, gave me no issues. For a few more bucks, I rented some cheap snorkeling gear from one of the vendors, and floated above an underwater paradise of coral, schools of incredibly tame and welcoming fish, and a really curious puffer with super-fat lips that eyed me sassily from its sandcastle perch. That’s a thing — google it.

GIVE IT A REST
The gentle clicking of palm fronds woke me slowly while the whoosh of the sea goaded me to unzip my tent and come see the new day. I peeked out gingerly, as a child might tear off a corner of Christmas wrap, and watched a tropical bird peck at the leftover snapper I brought back to camp. There was sunrise, there was breeze, there was no one else around. Literally, I was stretching outside my
tent, gawking at the loneliness of the pristine, crescent-shaped beach. Sitting on the shore, I noticed my skin felt silkier after I ran it through the white sand. I watched the sun come up alone and breathed what may as well have been the breath of another planet. Cache cleared.

All told, I’m not even sure if that trip cost me $500 — airfare, lodging, food … it all happened upon me cheaply. And does something like that help a local economy get back on its feet? You bet your bottom dollar it does.

TIPS!
The busiest travel time on the island will be in winter months, when cold-weather escapees flock to sunnier pastures. Or, in this case, beaches.

The ferry to Culebra can fill up fast in the high-tourism months. Get there at least an hour early to secure a ticket.

Puerto Ricans drive aggressively, which is great if you’re into that kind of thing. Personally, I loved it, but if you scare easily behind the wheel, you might want to hire cabs for your trips around the mainland.