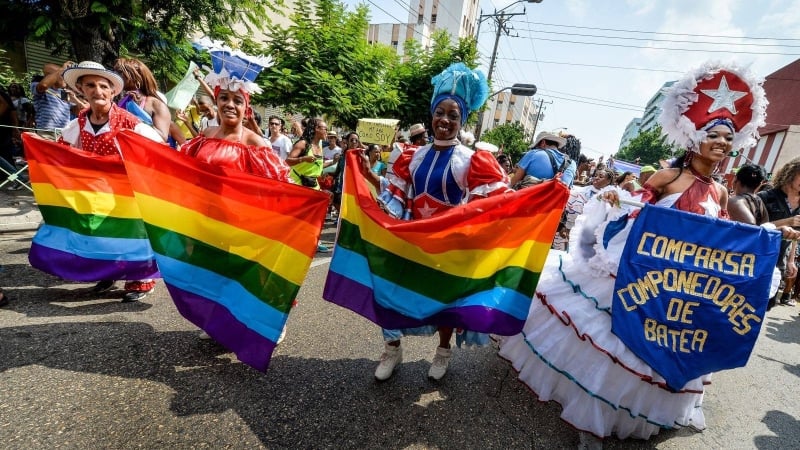 Last January, President Obama made the historic announcement that lightened the restrictions on U.S. citizens traveling to Cuba. It immediately led to Americans dreaming of strolling the cobblestone streets among the vintage cars and the vibrantly colored buildings, of relaxing with a cocktail on one of the many gorgeous beaches.

But lost in the shuffle of that announcement was a remaining fact—tourist travel to Cuba is still not authorized by current U.S. law. But there are ways around that fact to make some of those Cuban daydreams come true.

There are 12 categories of reasons people may visit Cuba without violating the travel restrictions. They include family visits, professional research and professional meetings, religious activities, public performances and more. But one of those categories is being used most often by people and tour companies to get around the tourism ban—educational activities.

“It’s a tour that’s carefully crafted so that you will be introduced to the culture,” says Jo Giraudo, Decatur resident and owner of Insider Traveler. “They keep you busy during the day and you’ll be taken around to all of the hot spots but it’s under the guise of educational exchange activities.”

And as a bonus, you’ll still get a chance to hit up the beaches or nightclubs in-between the educational activities.

This is in the Caribbean though, where several anti-LGBT countries call home—Jamaica being possibly the worst of the bunch. So what can LGBT travelers expect?

While same-sex marriage is banned in Cuba, there are employment protections covering sexual orientation (but not gender identity), and the general public’s attitudes have rapidly improved in recent years.

In 2010, former President Fidel Castro took responsibility for the persecution of gay Cubans and urged people to accept the community. He might have had a little push from his niece, Mariela Castro, daughter of current President Raul Castro. Mariela is a member of parliament, the director of the Cuban National Center for Sex Education and has been an LGBT rights champion for years, even proposing and securing passage of a law in 2008 that allowed transgender Cubans to have gender affirmation surgery free of charge. And yes, there is an annual Pride celebration with parade included that’s taking place this month.

While he says that the hotels they stayed in always put two beds in the room instead of one, Thagard explains, “I don’t know if they did that because it was two male names and they assumed. Other than that, there was really no issue. We’re not a big PDA couple, so that wasn’t a really big issue for us. We didn’t see any rainbow flags anywhere but I didn’t feel threatened in any way, shape or form. I didn’t feel like people were looking at us strangely or anything.”

Giraud concurs, saying, “There’s no LGBT issues. It’s comfortable, it’s welcoming. I think they’re figuring it out at the same time that everyone else is figuring it out. It’s not a big deal.”

Once you get to Cuba, there is more than enough to explore and Giraud says you should be able to check out most of the island on a week-long trip.

Old Havana is a must-see and is everything you imagine when you think of Cuba. But don’t forget the beaches. Head east from Havana to Varadero Beach, probably the most famous of them all with the white sand giving way to crystal clear water. And there’s even a nature reserve and caves to explore while you’re there.

The town of Trinidad always lands on “Best of” lists, with tourists (we’re sorry, we meant “education enthusiasts”) soaking up the ambiance in Plaza Mayor, the city’s central square, and admiring the architecture that dates back hundreds of years.

“It’s amazing,” Thagard says of Trinidad. “It’s all low-rise buildings except for one or two big towers, and cobblestone streets and tile roofs as far as the eye can see.”

Be aware though that your chances of documenting your Cuban experience in real time on social media might be slim. The cellular and wifi networks are spotty at best and Giraud says it will take awhile for the country’s infrastructure to improve now that the travel restrictions have been eased. But maybe that’s not such a bad thing.

“That was the biggest change was being completely disconnected from the grid, and it was really kind of nice,” says Thagard. “We couldn’t rush home from the day and upload a bunch of pictures to Facebook, we just had to enjoy our time there and find things to do.”

If you’re thinking of waiting for that infrastructure to catch up to modern times, maybe give it a second thought. Things are beginning to change and you might prefer seeing Old Cuba in its natural, untouched current state.

“I hope people get a chance to go before it gets Disneyfied or Starbucksed, because it was really kind of special to be in a place where there was absolutely nothing familiar,” Thagard says. “I really really loved that aspect of it, it was really amazing. I hope that people go before everybody else moves in and starts taking over.”